Abby nominates Angie from RUH Bath as her NICU Superhero 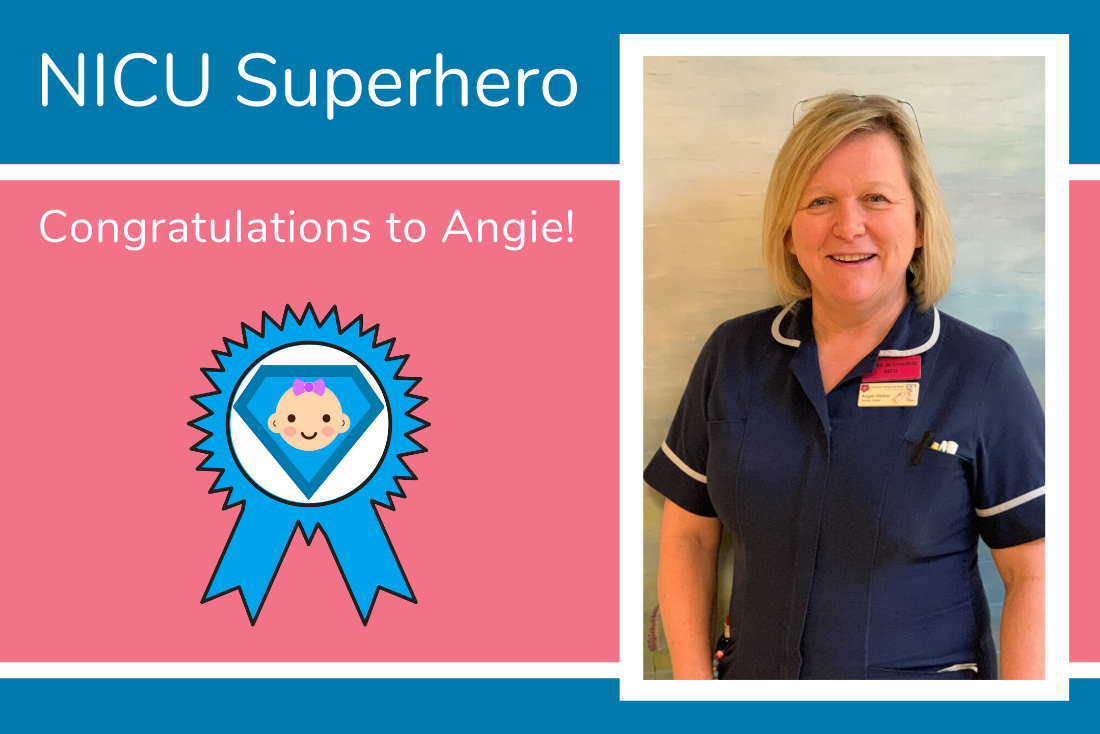 It's time to reveal another parent nomination for our NICU Superhero Award!

Today's nomination comes from Charlie's mummy Abby Sharper. Charlie was born prematurely at 32 weeks and 4 days gestation, weighing 4lb 12oz. During the first few weeks of his life he received care in not one, but two hospitals. Abby also required a hospital stay following the delivery, here she tells us her story and names the NICU Superhero who helped her on this journey:

"I would like to nominate Angie Walker from the neonatal unit at the Royal United Hospital in Bath. From the very first day Charlie was born, Angie made us feel so at ease.

We were transported to Southmead Hospital in Bristol for 2 weeks as Charlie's lung collapsed, but then moved back to the unit in Bath, and for the next 5 weeks Angie became part of my family! She knew how ill I had been after the delivery and how ill I still was, having spent 3 weeks on a medical ward following Charlie's birth.

Every time she saw me she made a point to update me on Charlie's recovery and always asked how I was, she always made time to sit with us and even have a bit of fun banter too!

She made our stressful experience that much easier. The vCreate photos and videos she sent made my day, especially when I was unable to go see him whenever I wanted! Angie taught us so much and I will forever be grateful to her and the entire team at Bath NICU."

Thank you for sharing Abby, Charlie looks like he's doing really well in the photos you've shared, and congrats to Angie!

Join our search to find all those NICU Superheroes out there!

To let the parents in your neonatal unit know about our NICU Superhero Award, we have designed a poster which you can display so they can learn more.