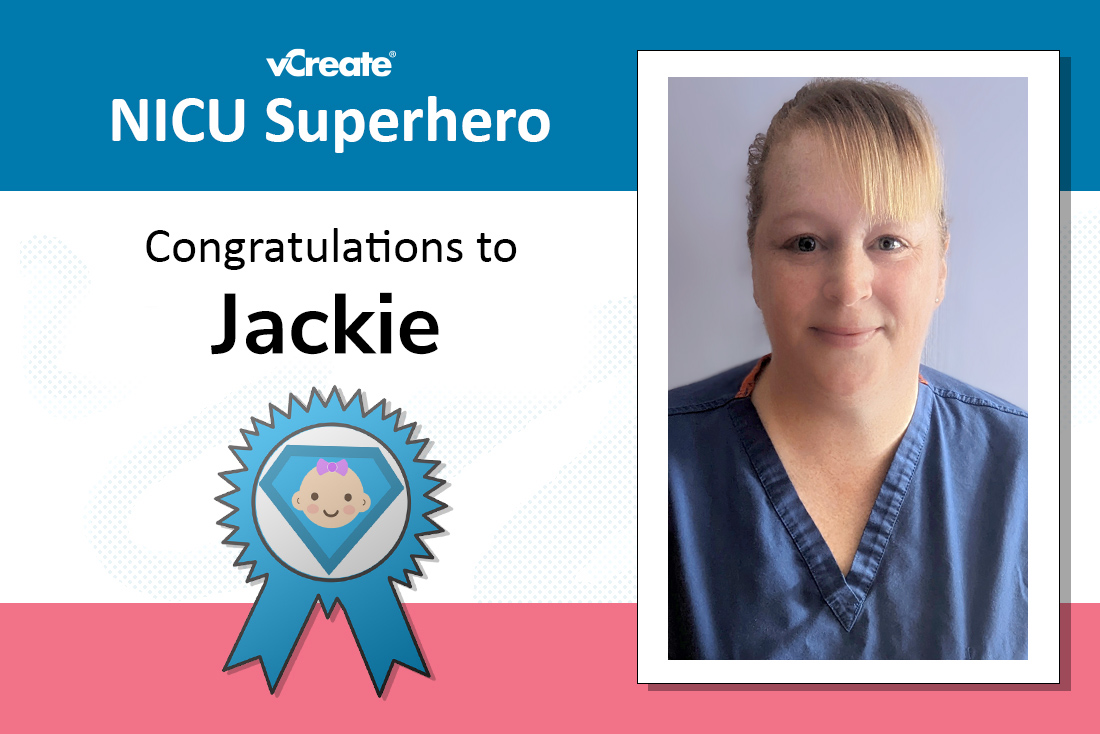 Charlotte has nominated Jackie from Royal Preston Hospital for Our NICU Superhero Award!

When Charlotte's son, Benjamin, was born at 33 weeks gestation, he spent time in the neonatal unit at Royal Preston Hospital.

"We first met Jackie in the nursery room which was the last room Benjamin was in before he came home.

She was the first nurse to transfer him from an incubator into his crib. This overwhelmed me because Benjamin looked so small in his crib.

Jackie was also the nurse that did the car seat challenge with us.

During Benjamin's time in the neonatal unit, we would watch his stat machine like hawks.

Jackie told us to just concentrate on Benjamin and how he was doing.

I had so many amazing and lovely conversations with Jackie. She just made everything a lot brighter and lit up the room with her friendly smile.

When I couldn't be with Benjamin, Jackie was there to hold and feed him. I am forever grateful that he wasn't on his own."

Your friendly manner and the way you support parents on their neonatal journeys stays with them forever.

Would you like to nominate your NICU Superhero?
Our nomination process means that we will be accepting a small number of nominations on a regular basis. Please keep an eye on our Instagram and Facebook stories as we will post updates about when we are next accepting nominations