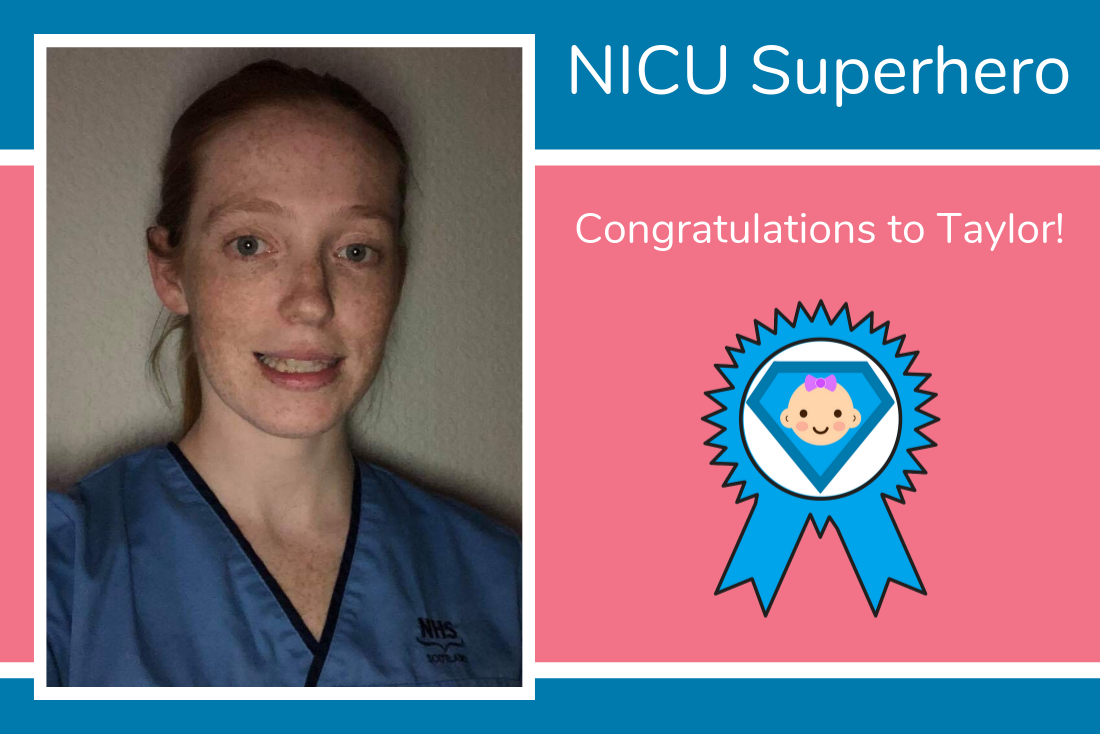 Claudia's story reminds us that not all babies in the neonatal unit are born prematurely. Earlier this year during a routine scan, it was discovered that she had a TGA (transposition of the great arteries), a congenital heart condition which would require major surgery shortly after birth. Andrew says that the family were well supported by the Foetal Medicine Team over the following weeks, and that plans were put in place.

Last month, little Claudia entered the world safe and well and while the family waited for her to undergo heart surgery, she was cared for in the neonatal unit at the Royal Hospital for Children in Glasgow. It was during this time that Andrew got in touch to nominate the family's NICU Superhero, telling us:

"My wife Monica and I would like to nominate Taylor Cameron as a NICU Superhero for looking after our daughter Claudia. It’s not easy looking after a Neonatal Doctor’s baby on NICU, but Taylor has been wonderfully kind, compassionate and helpful.

Although our stay was expected, it is still a roller coaster and all the nursing staff the Royal Hospital for Children have been amazing looking after us and helping Claudia to establish breast feeding from her mum."

Congratulations to Taylor and thank you Andrew and Monica for your nomination. We are very happy to report that Claudia is now home with her mum, dad and sister, recovering and getting stronger each day like the little fighter she is.

Do you know a NICU Superhero?

Has your baby been cared for in a neonatal unit? Do you know someone that you feel deserves a special thank you? To nominate a member of the neonatal team as your NICU Superhero, drop us an email, or send us a direct message via our Facebook or Twitter pages. All those nominated will receive a special NICU Superhero rosette and certificate!