Cora is our super sister this week! 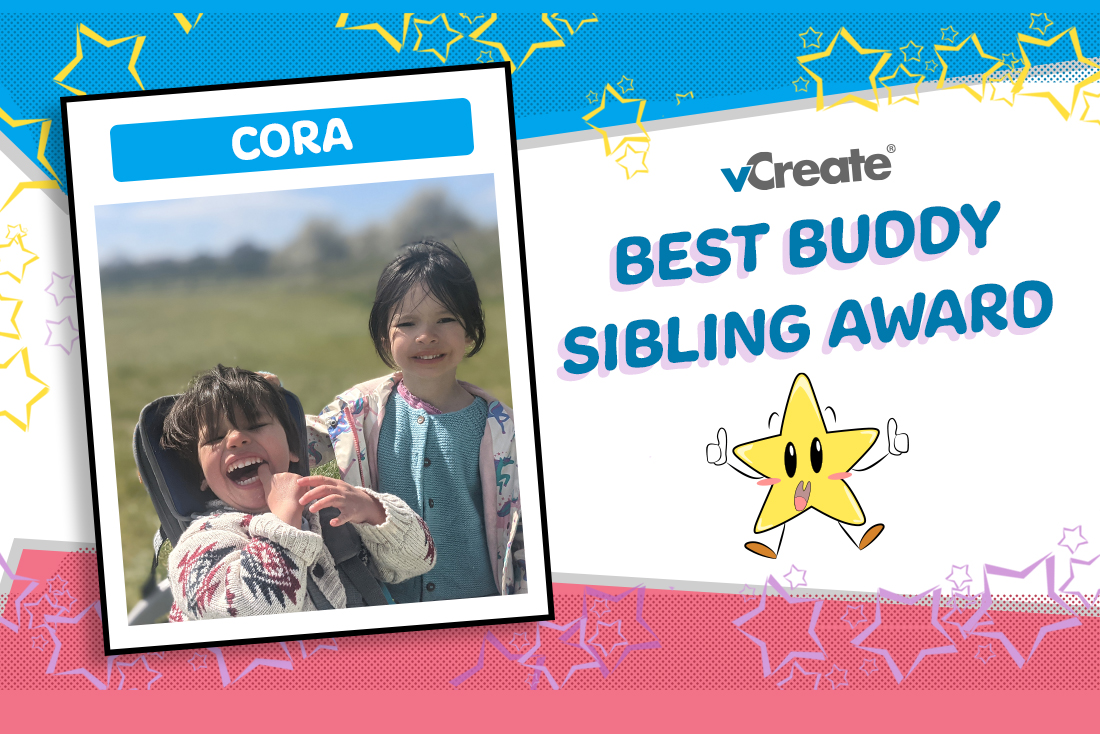 Emma has nominated her inspirational daughter, Cora (5), to receive our Best Buddy Sibling Award this week.

Emma is incredibly proud of Cora for being so brave during both times that her Mummy, Daddy, and Brother spent time in Hospital.

"When Cora's brother, Felix, was born, Mummy and Daddy disappeared off to hospital one night and didn't come back for weeks. Cora spent time with multiple relatives during this difficult period and, while she was well cared for, she was very sad and scared.

Felix is a rare little boy - genetically 1 of 13 in the world. He has severe brain damage, Cerebral Palsy, Microcephaly, and Global Delay so he is non-verbal and cannot walk.

Fast forward to now: Felix is nearly 3 and was in the Royal National Orthopedic having double hip surgery. Felix and his new brother, Theo, had to isolate before Felix's surgery, and Cora and I had to move out so we could go to work and school.

The plan was to spoil her a little and have some Mummy time to take her mind off being separated from Daddy and Felix.

Unfortunately, the first day that we were back, I was taken ill and spent time in hospital. Cora had her Mummy, Daddy, and Brother all in hospital once again. It was so hard for her.

Cora carries so much yet somehow she is often the light in any room. We know that she finds it hard to come to terms with how different her life is and always will be, but she showers both of her brothers with love.

She's getting pretty good at signing too so she can communicate with Felix!

We are SO proud of her."

Wow! What an incredible well-deserved nomination. Cora, you are an absolute superstar! We aren't surprised your Mummy and Daddy are bursting with pride. Keep being the brave and strong little girl you are.

Your certificate and goodies are on the way to you - so keep an eye on the post!

Do you know a Super Sibling?
If you would like to nominate a sibling that has been very brave whilst their brother or sister has been in hospital, email us and we will give them a well-deserved shout-out on our social pages.