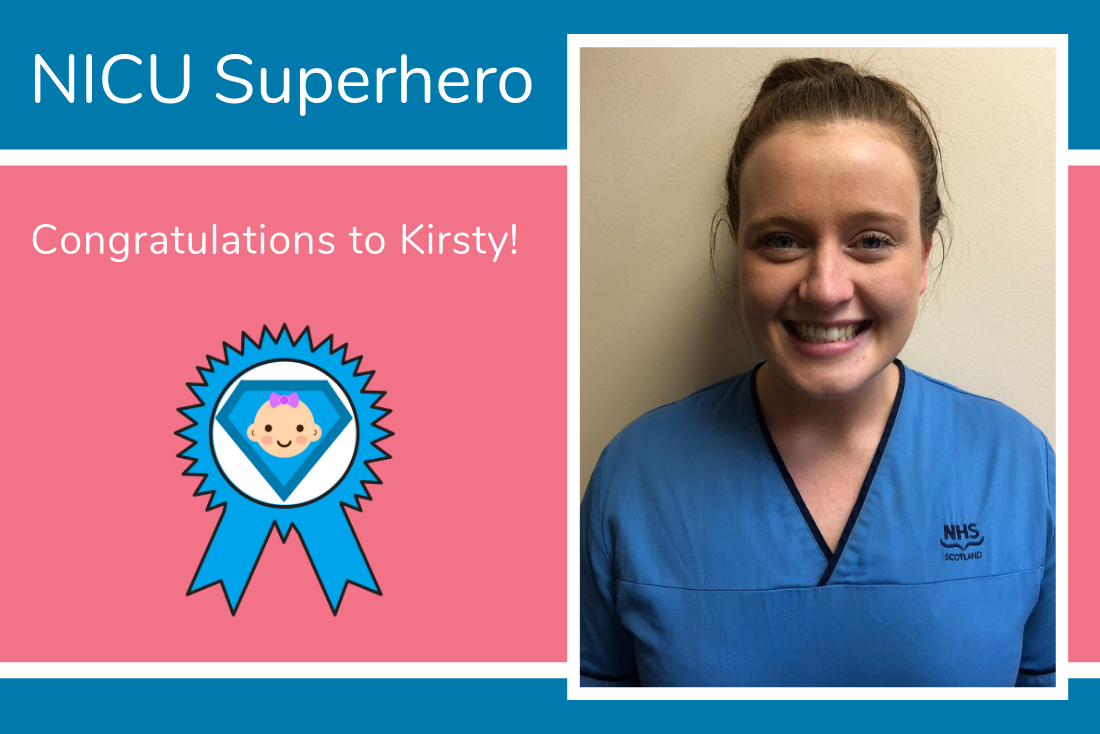 Today’s nomination for our NICU Superhero award, an award which celebrates those who care for poorly and premature babies in the neonatal unit, comes from Olivia Rae’s mummy, Nicole Smith. Olivia was born prematurely, arriving 10 weeks early in October 2018 and was cared for in the neonatal unit at Aberdeen Maternity Hospital. During that time, both Olivia and Nicole received incredible care and support from the neonatal team and Nicole got in touch with us to share a special word of thanks for one person in particular:

"My nomination for the NICU Superhero award is Kirsty Brown from Aberdeen Maternity Hospital. I am no longer in the unit with my baby, but when my daughter was going through the motions, I was very upset and constantly worried. Kirsty always had a smile on her face and made conversation so that you would never be sitting in silence.
She was the friendliest member of staff you could meet and she made my two month journey through the NICU much more bearable. Thank you Kirsty!"

Congratulations to Kirsty and thank you Nicole for your nomination. Nicole has told us that Olivia is doing incredibly well following her difficult start in the NICU, which is great to hear.