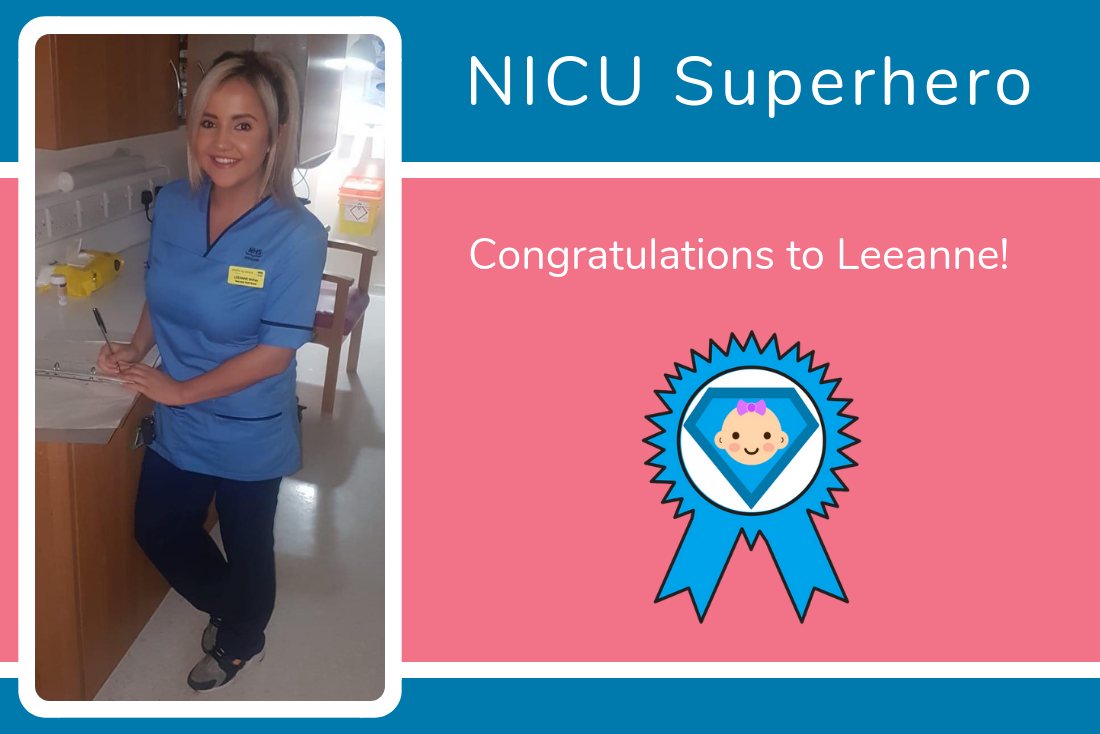 Our search for the nation’s NICU Superheroes continues and today’s nominee has received not one, but two nominations! Congratulations to Leeanne McKay from the Special Care Baby Unit at the Royal Alexandra Hospital in Paisley.

The first nomination was sent in by Olivia’s mum, Ashley Gibbons. Olivia spent 16 days in the Special Care Baby Unit and Leeanne was one of the nurses who cared for her, Ashley told us:

“I would like to nominate Leeanne McKay from Paisley, for all the care she gave my daughter Olivia. When Olivia was born 6 weeks early, Leeanne kept us going and made any dark days a little brighter. She totally deserves this award and recognition for the role she plays in Paisley SCBU. Love from Olivia's mum, Ashley.”

Leeanne's second nomination comes from another Ashley, Ashley McLellan. Her daughter Arianna spent time in the unit after she was born 8 weeks early, here’s what she had to say:

“I can't thank all the nurses enough for everything they have done for my baby Arianna, my partner Kieran, myself and our family. They go above and beyond but I would absolutely love to nominate Leeanne McKay for the NICU Superhero award, as she not only made myself feel so much more at ease, but also my family. She was there to answer our questions and is such an amazing woman, she's incredible.”

A double congratulations to Leeanne! To nominate your NICU Superhero, drop us a brief note with the name of the staff member you're nominating, why you're nominating them and which hospital they work in, to parents@vcreate.tv, or send us a direct message via @vCreateNeonatal on Facebook.

Staff who are nominated will receive a special NICU Superhero rosette, a certificate, and be in with a chance to win ‘NICU Superhero of the Year’, which will be announced next March.