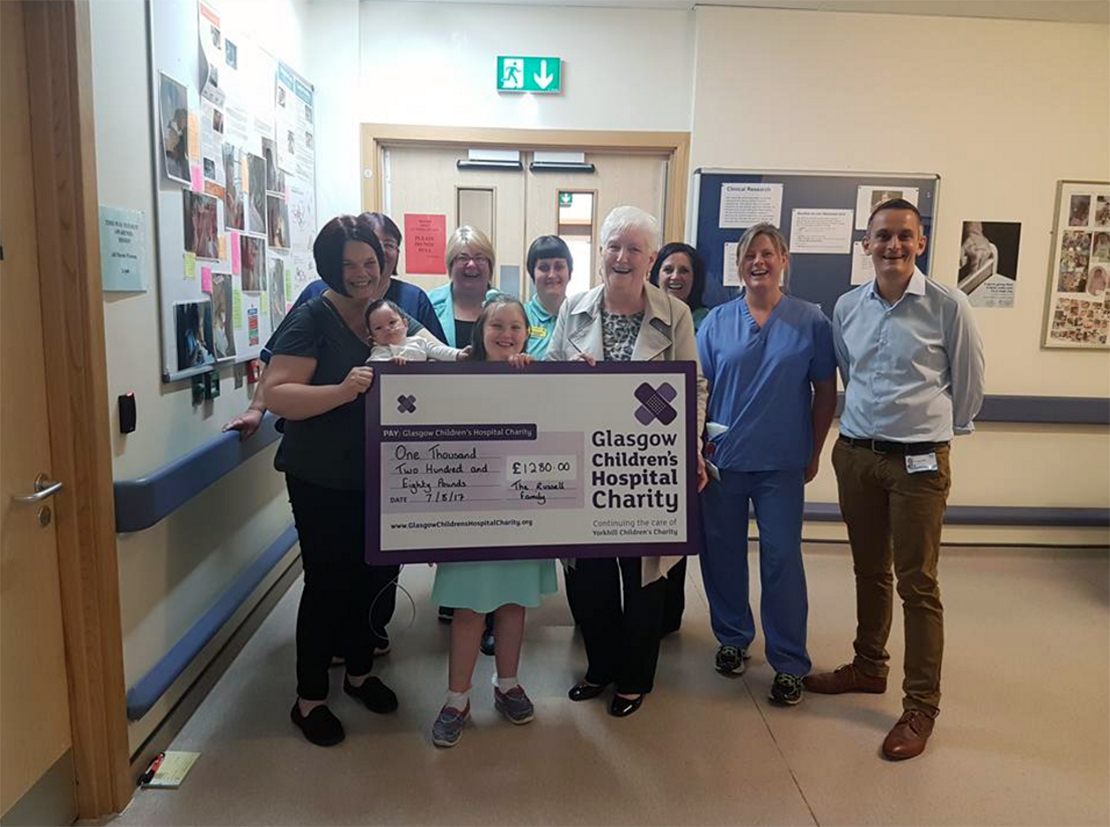 Pregnant with identical twin boys, Annette suffered a heart-breaking loss. At 20 weeks, baby Owen Francis passed away as a result of Twin to twin transfusion syndrome (TTTS) and the battle to save her second boy Nathan began. Here she shares her story to offer hope and raise awareness to other parents of premature babies.

"At 24 weeks pregnant I lost my waters and became an inpatient of the Queen Elizabeth Hospital, Glasgow. Somehow Nathan managed to hold on until 31 weeks’ gestation and my gorgeous little man came into the world on 20th March 2017. As he arrived early and needed special care, he was transferred to the neonatal intensive care unit at the Royal Hospital for Children in Glasgow.

During his time there, I really struggled with us being apart... after losing his brother; Nathan became even more precious. I attended hospital every day from morning till late evening and it was the hardest thing ever walking out those doors and going down that lift without him, especially when he was having bad days.

The best thing that helped me emotionally and mentally (along with the incredible staff on the unit) was getting signed up to vCreate, a video link that meant nurses could send me videos of Nathan so that I could see his progress even when I couldn’t be there with him physically. For me it was a real comfort and has helped me, his father and big sister so very much.

The videos kept me sane and helped me leave my boy with his 'aunties'. Hearing that your child is ok is one thing but to see your child happy and settled is priceless. I feel that as parents of prems, we lose out on enough… special moments need to be captured, that’s why I started a fundraising campaign. Nurses on the unit only had one tablet device between them to record videos, and if a baby was smiling for the first time or sucking their thumb or something else cute, and the nurses wanted to capture it for mum and dad they would have to locate the tablet first, and by that time the moment could be lost.

I wanted to do something urgently to help other parents to benefit from the videos. My initial thought was to do a sponsored walk, but a friend suggested a Go Fund Me page. I was hesitant at first because I didn’t think it would work, but friends shared my posts and more and more people got involved. The more shares the post got the more money was raised. A friend made sweetie cones and sold them at my daughter's school - with their consent – and £200 was made from this. And then my husband’s work, DHL Sainsbury - Langlands Park, very generously agreed to double the amount raised taking us to the £1,280.

I recently returned to the unit to hand over the cheque and I feel so proud, because I know it will help parents and families be part of all the important times. If anything good can come from losing my wonderful Owen, may it be the fact that our fundraising can help others find a way through the hardest time of their lives.

Thankfully Nathan is growing in strength daily...a true blessing...and this time next year we plan to be out fundraising again and HUGG (the Helping Us Grow Group) at the Royal Hospital for Children in Glasgow will be at the top of our list.”