Rosie and Paul nominate Alison from Leeds as their NICU Superhero 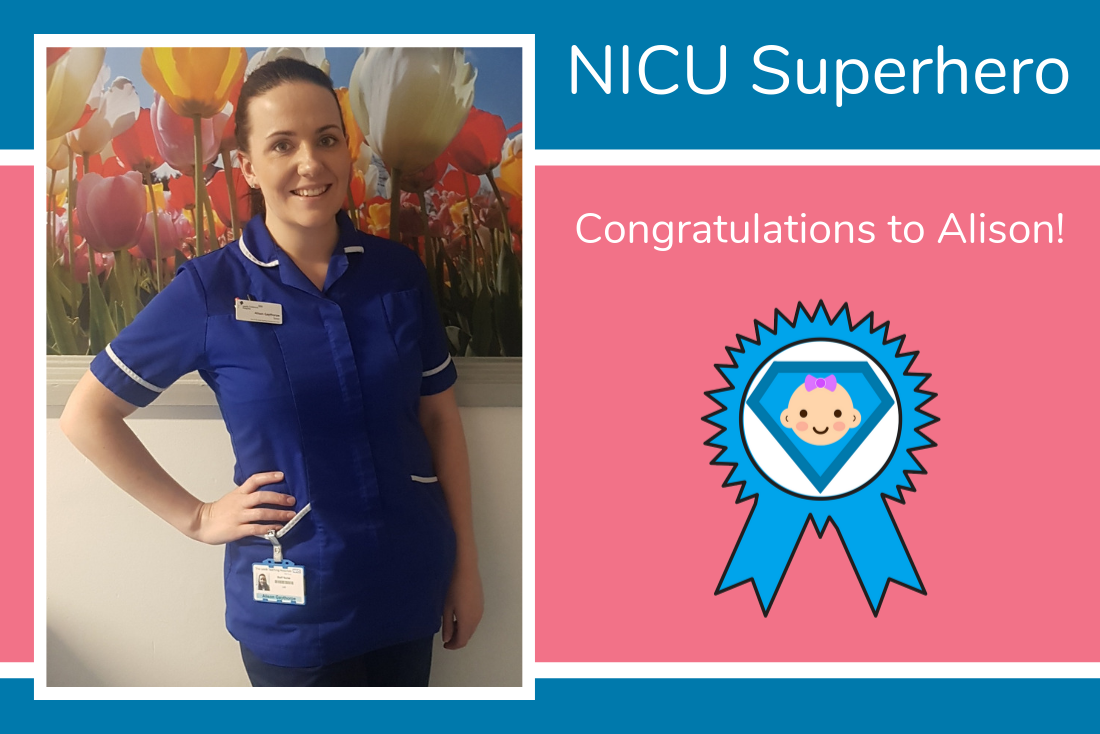 We have received a huge number of nominations for our NICU Superhero award in recent weeks and we cannot wait to share them all with you! The award provides a platform for parents to say an extra special thank you to those who have cared for their poorly or premature babies in neonatal units across the UK ... and beyond.

Today’s nomination for our award comes from Alexander's parents, Rosie and Paul. Alexander was born prematurely and was cared for on the neonatal units of both St James’ University Hospital in Leeds and Leeds General Infirmary, and it was during their time at the LGI that they met their NICU Superhero, Alison Gaythorpe. Here, Rosie tells us why they have chosen to nominate Alison:

"We’d like to nominate Alison Gaythorpe from Leeds Neonatal Unit as our NICU Superhero. Alison had a huge impact on our time in the unit, particularly playing a key part in our time in intensive care. Our son was born last year at 24 weeks gestation, and she fought tirelessly to get him off of his ventilator.

Congratulations Alison, you are a NICU Superhero! Thank you to Rosie and Paul for their nomination, Rosie tells us that Alexander is doing really well, which is great to hear.

Do you know a NICU Superhero? Let us know!

Has your baby been cared for in a neonatal unit? Would you like to give someone a special shout out? To nominate a member of the neonatal team as your NICU Superhero, drop us an email, or send us a direct message via our Facebook or Twitter pages. All those nominated will receive a special NICU Superhero rosette and certificate!