Sal from Royal Stoke University Hospital is our NICU Superhero this week! 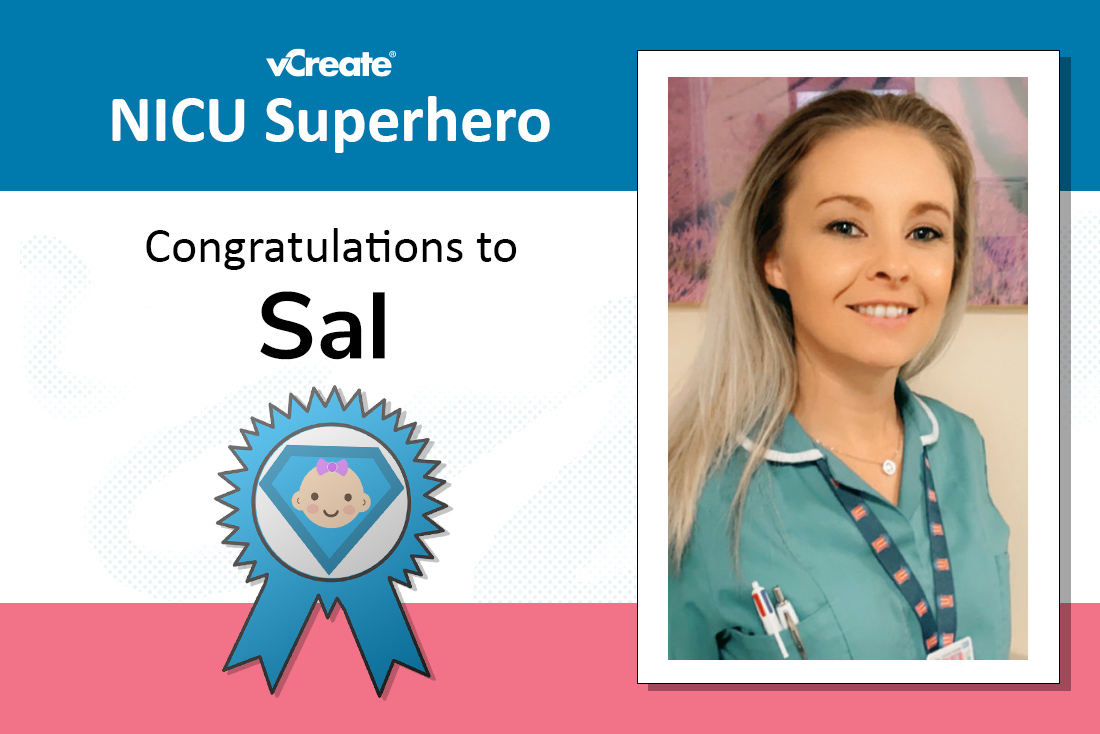 Vicky has nominated Sal from Royal Stoke University Hospital to be crowned our NICU Superhero this week because Sal played a huge role in her son, Cillian's, neonatal journey.

"Last year, our little boy was born 7 weeks early and was quite poorly.

We met Sal and she took us under her wing straight away. Not only was she supportive to us as overwhelmed parents, but the care she gave Cillian was 110%!

Sal takes real pride in her role which shines through the care she gives to both babies and parents.

I could go home at night and I knew that Cillian would be ok.

Cillian spent 42 days in the neonatal unit and Sal is one of the many heroes at Royal Stoke University Hospital.

We never thanked Sal before we came home as a family, so this is our way of saying a massive thank you to her."

Congratulations, Sal! The pride you take in your job and the care you give to both parents and babies is out of this world.

You are really deserving of our award.

Nominate a NICU Superhero
Keep an eye on our Facebook page for more information on when our nominations will be opening up again!