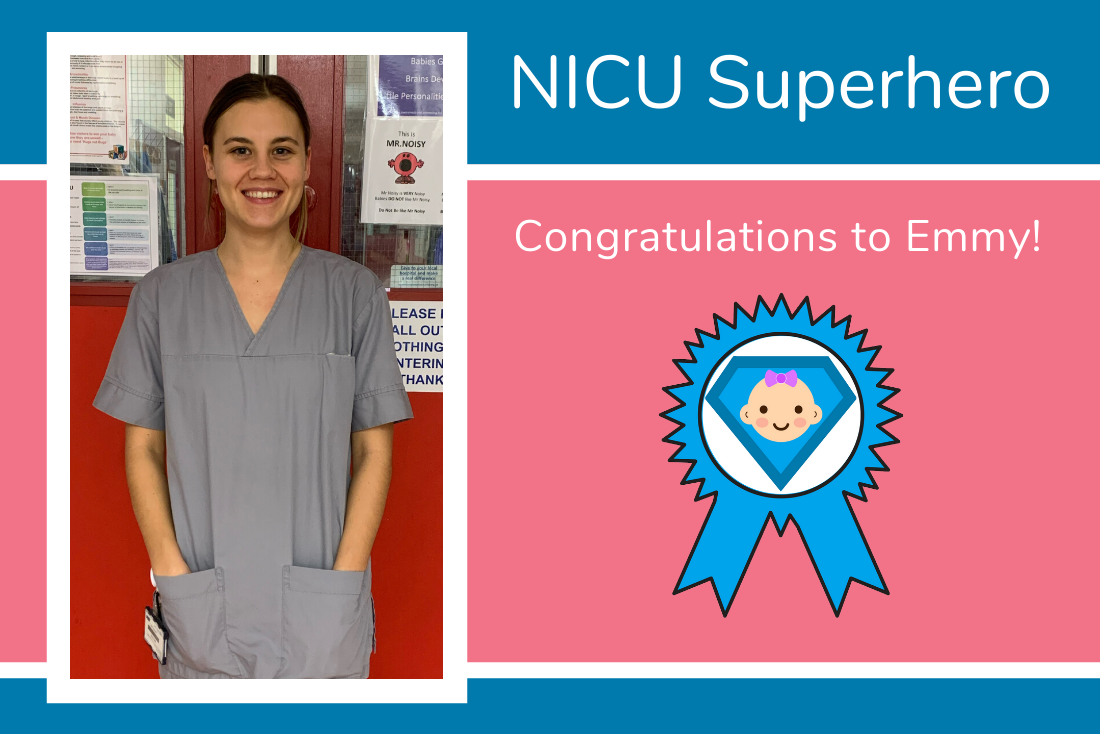 "Leaving your baby overnight every night for days, weeks and months is heartbreaking, but the staff at the unit became like family and looked after our girl as if she were their own. We can't thank them enough for everything."

So who did Rachael choose to nominate as her NICU Superhero?

"I'd like to nominate Emmy Doble from Southmead Hospital NICU, she is simply extraordinary at her job. She cares for the babies and Mums in her charge with such warmth and gentleness. She is so knowledgeable; I always went to her for advice during our 4 month stay and I was confident in my skills as my little one's (first time) Mum when we went home due to a lot of her help.

Emmy deserves a nomination as a Superhero for so many reasons, we simply wouldn't be where we are today without her."

Congratulations to Emmy! Thank you to Rachael for her nomination and for sharing her beautiful photos from Thea's time in the unit and now. You may also recognise Thea as one of the stars of our Little Miracles Advent Calendar!