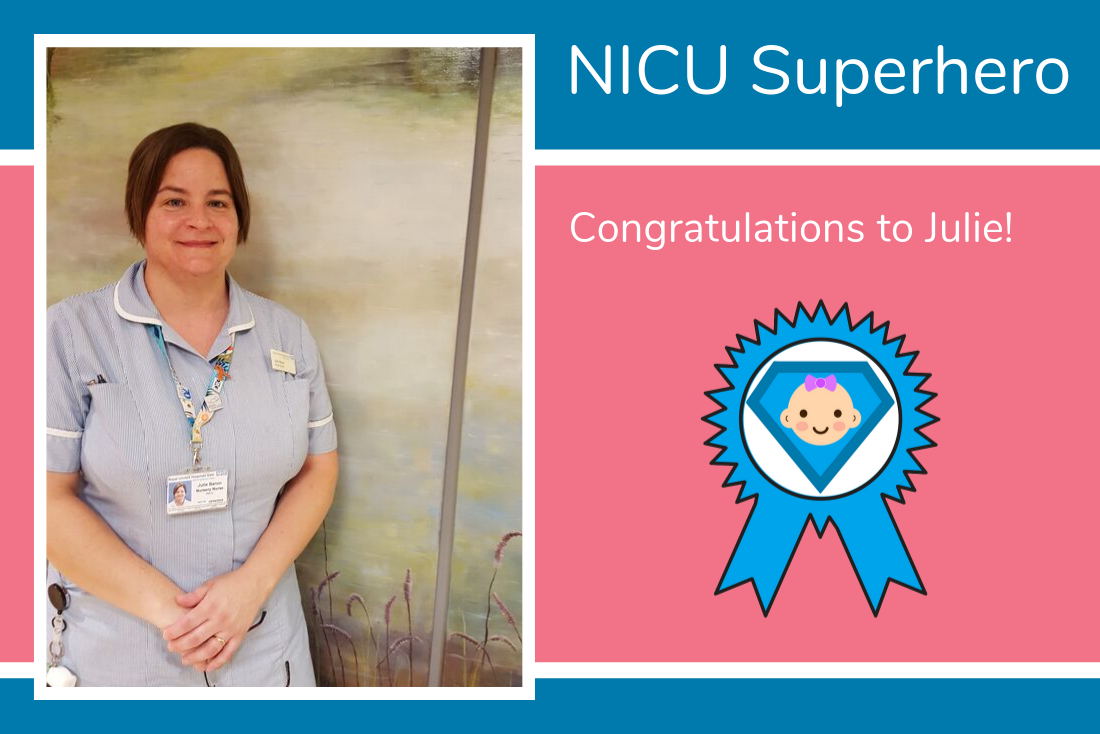 We love Fridays here at vCreate Towers, because on Fridays we unmask more of your NICU Superheroes!

Our NICU Superhero award invites parents to get in touch and say an extra special thank you to those members of the neonatal team that helped them through some of the scariest days of their lives. When a baby is in the neonatal unit, life can be full of uncertainty, but there are some pretty incredible people working there to help guide you through. One such incredible person is Julie Baron from Royal United Hospital in Bath.

Julie was nominated by Harrison and Preston's mummy, Whitney Griffin. The boys were born prematurely at 34 weeks and 2 days gestation and spent three weeks in the neonatal unit. Harrison was born weighing 5Ib 7oz and Preston, 4Ib 1oz, and as Preston was initially very poorly, he was transferred to the NICU at St Michael’s Hospital in Bristol when he was just 1 day old. Whitney tells us that both her boys are now doing well, which is wonderful to hear.

Let's find out what she had to say about the fabulous Julie, following the family's time in the neonatal unit:

"I’d love to nominate Julie from Royal United Hospital in Bath, for being A NICU Superhero! Herself and one of my twins created a really special bond in my eyes, she’d be the only one who could make him feed with a bottle. She had patience with both of them and took her time, but at the same time helped them to progress really fast! She was and still is amazing."

Congratulations to Julie! Thank you to Whitney for sharing her nomination and an update on her little ones following their shakey start.