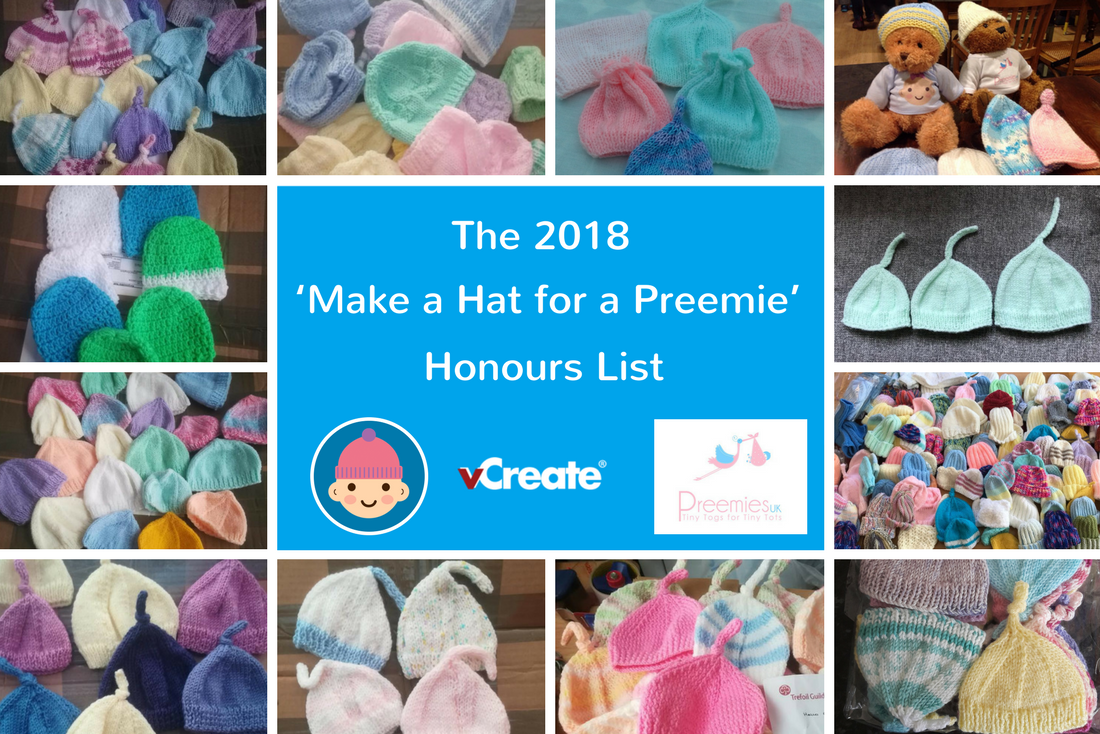 Preemies UK and vCreate have been counting up all the wonderful hats you’ve sent in support of the ‘Make a Hat for a Preemie’ campaign, and are super-proud to reveal that we have now received over 1000 woolly hats!

The project’s original target was 100 hats so to have 1000 hats ready to send out to NHS Neonatal Units is a fantastic achievement.

We would like to thank everyone who contributed and give a massive shout out and virtual high fives to the following individuals and groups:

If you have taken part in our #Hats4Preemies campaign but your name is not listed above, please get in touch via parents@vcreate.tv

Thank you all so very much!