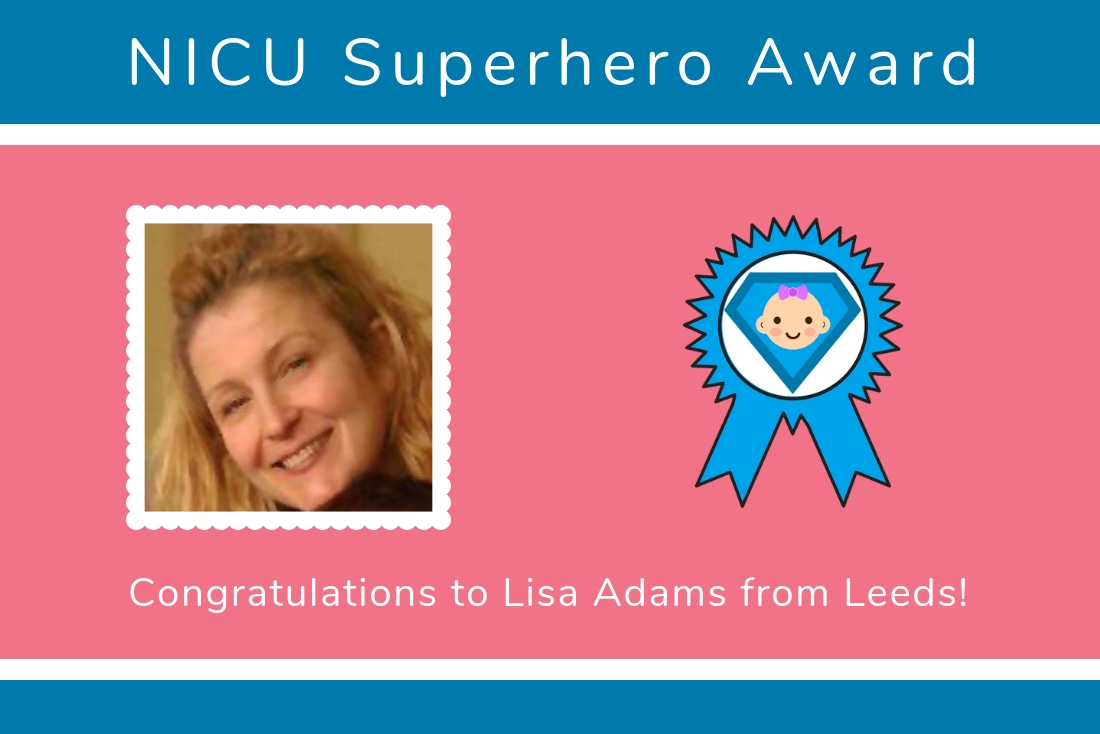 Last month we attended the Leeds Centre for Newborn Care’s Neonatal Summer Event, where we met a number of parents of NICU graduates, Natalie Blackburn was one of those parents.

Natalie is mum to Aaron, who was born prematurely at 27 weeks gestation, in November 2015, at Leeds General Infirmary. He was later transferred to St James's University Hospital in Leeds, and spent nearly four months in the Neonatal Unit. Today, Aaron's Mum would like to nominate a Neonatal Nurse from the unit for our NICU Superhero Award, to thank her for the excellent care both she and Aaron received. Here's what Natalie had to say:

“The nurse I’d like to nominate is Lisa Adams from St James's Hospital in Leeds. She looked after my son, Aaron, and she also looked after me. She always went out of her way to make sure that I was ok, and I felt like I could really speak to Lisa when I felt down about Aaron.

She was lovely to be around, and she would work so hard to look after all the babies in her care. She certainly looked after Aaron as much as she could when she was on shift.

Lisa is an amazing person and I would love for her to be nominated for a NICU Superhero award. Thank you Lisa x.”

Congratulations to Lisa! Do you know a NICU Superhero? If you would like to give a shout out to someone from your neonatal unit who you think is extra special, please do get in touch via parents@vcreate.tv, or send us a direct message via our Facebook or Twitter pages. Staff who are nominated for the award will receive a special NICU Superhero rosette, a certificate, and be in with a chance of winning our 'NICU Superhero of the Year' award, which will be announced in March.

Let's spread the word
Help us to find more NICU Superheroes! You can print out this poster and display it in your unit.