Congratulations to Catriona from the Neonatal Unit in Paisley 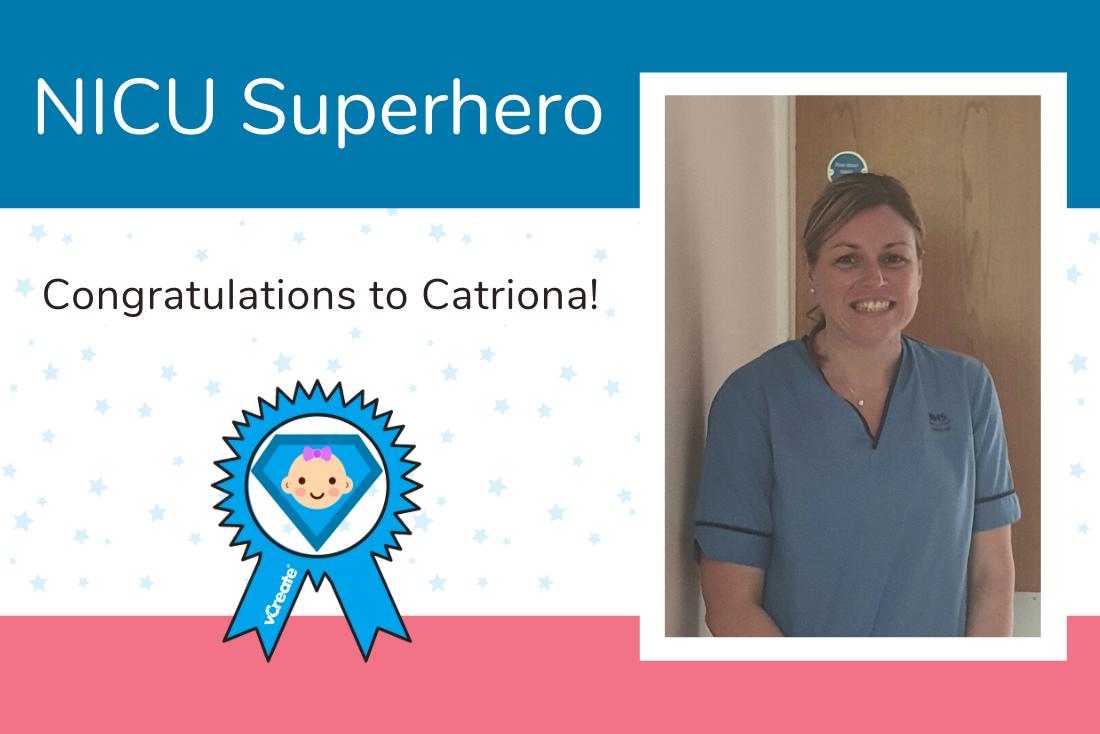 Baby Finn was born prematurely at 34 weeks gestation and required a stay in the Neonatal Intensive Care Unit at the Royal Alexandra Hospital in Paisley, until he was well enough to go home. Finn's mum Angela contacted us on behalf of herself and Finn's dad Stephen, to share their words of thanks for those who cared for their little man.

Although caring for these tiny humans and their parents is a team effort, we simply haven't enough rosettes to go around (!) and so each family can only nominate one member of the team for our NICU Superhero Award. Angela and Stephen chose Neonatal Nurse, Catriona Moffat, who has worked on the unit for 13 years! Here's what Angela told us:

"I would like to nominate Catriona from Paisley neonatal unit because she went above and beyond for Charlie (now Finn). He was born at 34 weeks and had a bilateral pneumothorax after birth. Catriona always looked after not only Finn but us too, and was always there for great advice and reminding us we had to look after ourselves as well.

I cannot describe how pivotal Catriona was in supporting us, I was crying every day I think and never once did she act like this wasn't ok. She called up the ward for me when I had issues and was always prioritising Finn, she really is a Wonder Woman, we can never thank you enough Catriona."

Well done Catriona, it's official, you are a NICU Superhero! You'll be delighted to learn that Angela also added: "Finn is now 9 months old, wrecking the house and we love every minute!" Just as it should be! To see some photos of how Finn is getting on now, take a look at these little gems. Thank you to Angela and Stephen for sharing them with us.

A little note about the award

We are currently taking a little break before we accept any further nominations for our NICU Superhero Award. We will update you as soon as we are able to accept them again.

We are however now accepting nominations for our new PICU Superstars Award, launched to help celebrate the equally sensational work of those caring for poorly children in our Paediatric Intensive Care Units.