Dana nominates Margherita from the NICU at John Radcliffe 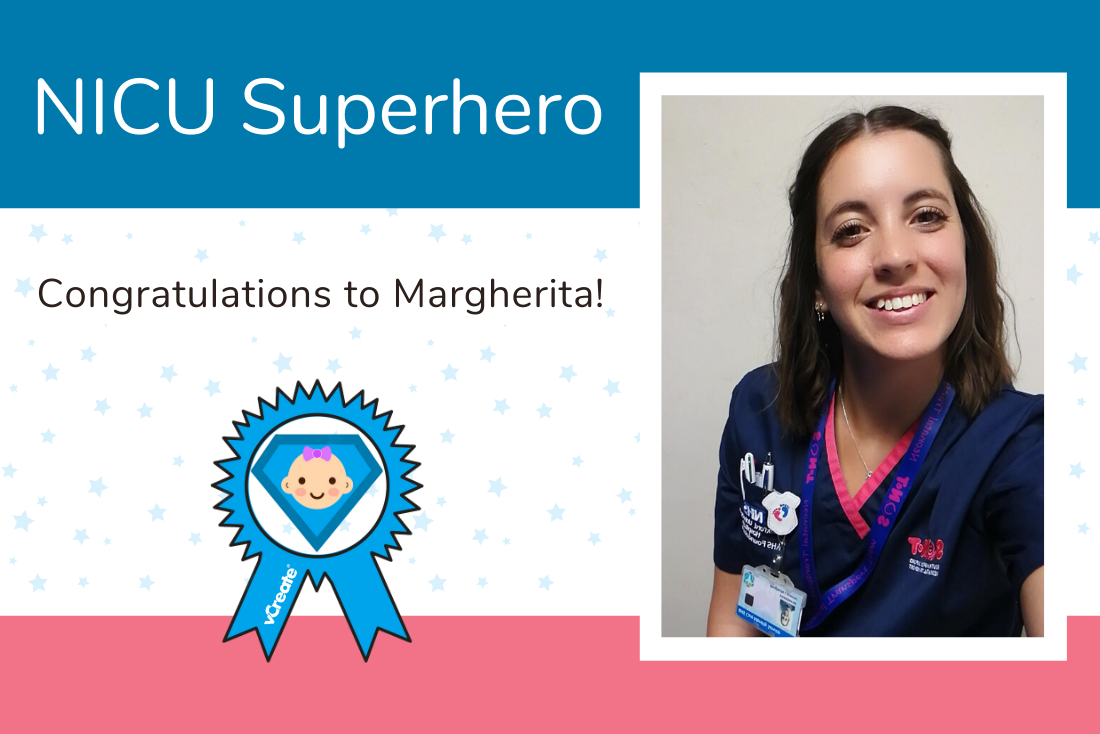 It's time to unmask another NICU Superhero! Today's nomination for our NICU Superhero Award, which celebrates the exceptional work of those caring for poorly and premature babies in neonatal units, comes from Dana. Dana would like to nominate Neonatal Nurse Margherita Lazzerini for the care she gave to her little boy Rohan.

Rohan arrived on Christmas Day (what a day to make an entrance) and was born via emergency cesarean at 37 weeks and 4 days gestation. Sadly, this little lad wasn't quite ready to go home and went on to spend 3 months in the neonatal unit, where he received extra special care until he was strong enough to go home. Dana tells us that he is now doing really well and she'd like to take a moment to thank her NICU Superhero:

"I would like to nominate Margherita from the NICU at the John Radcliffe Hospital in Oxford, this will be a nice surprise for her. She was one of the many nurses who always made my baby's stay there much easier to handle.

She was always there to give him a cuddle if he was upset and just wanted a hug, when myself and hubby weren't around. She just knew when Rohan wasn't ok and she fought for him.

Margherita was also the first person who Rohan gave a Valentine's Day gift to - after mummy of course! The job these guys do is truly amazing."

Thank you Dana for sharing your nomination and also these delightful photos of Rohan. Seeing the journey that your little fighters go through is truly awe-inspiring and we love seeing how they are getting on - our highlight of the week!

A little note about the award

We are currently taking a little break before we accept any further nominations for our NICU Superhero Award. We will update you as soon as we are able to accept them again.

We are however now accepting nominations for our new PICU Superstars Award, launched to help celebrate the equally sensational work of those caring for poorly children in our Paediatric Intensive Care Units.