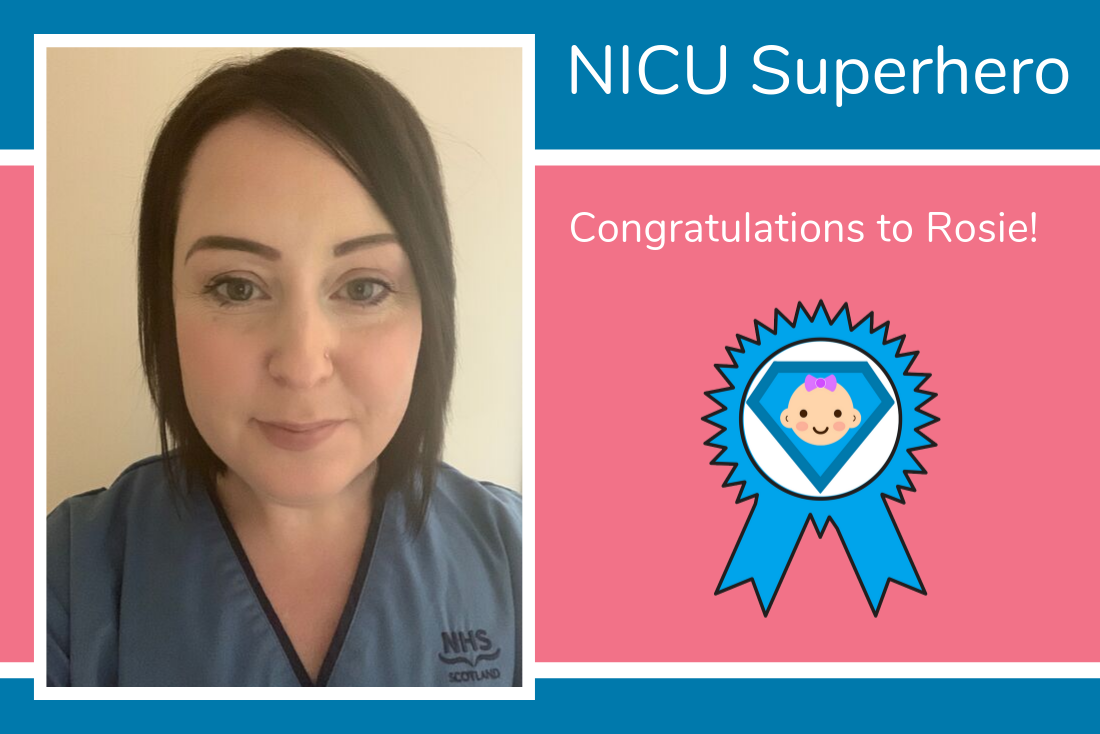 Today’s NICU Superhero looks familiar ... this is Rosie Moncur’s second nomination! Rosie works in the neonatal unit at Aberdeen Maternity Hospital and was first nominated by Èva’s mum Stacey, in May earlier this year. Today's nomination comes from Susan Hutcheon, who got in touch to share her thanks for the care her son Luca received following his premature birth. He arrived six weeks early and went on to spend just under two weeks in the neonatal unit, Susan said:

"The amazing care Luca received during his time in NICU was incredible!"

It was in the unit that Susan met Rosie, here's why she chose to nominate Rosie for our NICU Superhero award:

"Rosie Moncur was such a support to me and my son Luca James Smith, during his time in the neonatal unit in March this year. She made me feel at ease during a very stressful time and was so lovely with Luca. She chatted away to me making me feel at home in a strange environment and we had lots of interests in common so hit it off!

I always felt my spirits lift whenever Rosie was on shift and Luca thought she was great too :) She is an amazing nurse and I hope this gets back to her so she knows she's doing an amazing job!"

Congratulations once again to Rosie! Thank you to Susan for getting in touch and sharing her experience, she tells us that Luca's doing great now and thriving.