Maxine and her Rainbows Knitted Hats for Preemies, Here's Why... 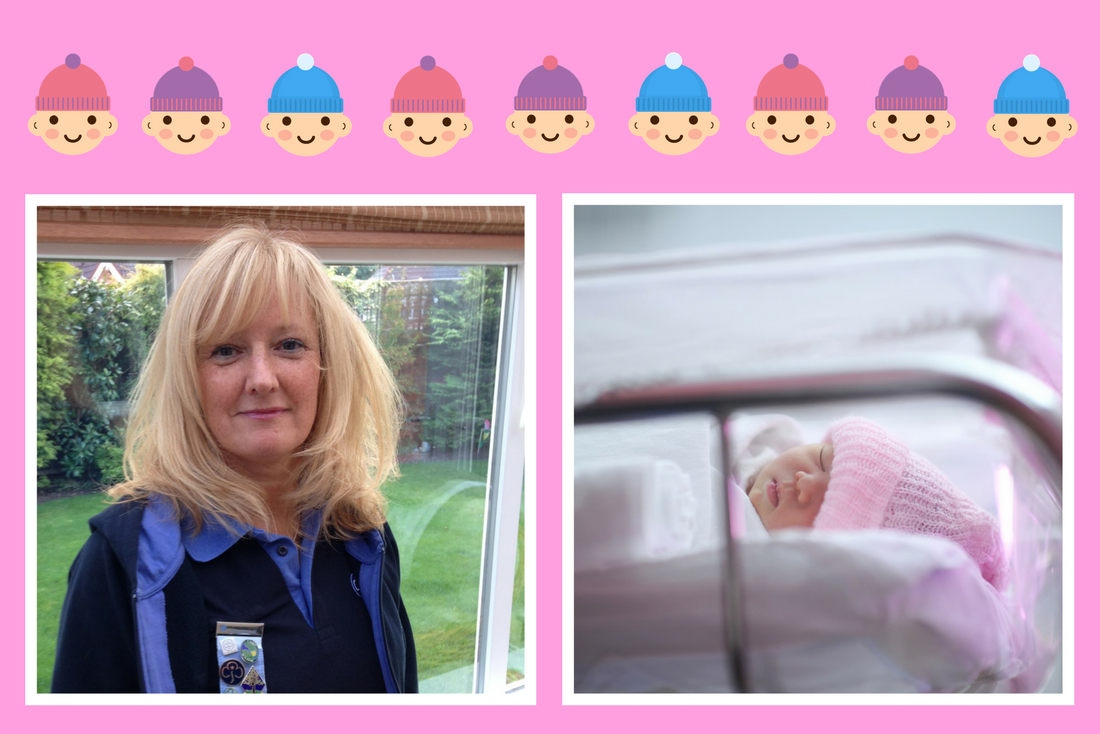 vCreate and Preemies UK’s recent partnership brought together volunteer knitters and crocheters from around the country to craft woolly hats for premature babies. In an effort to rally the troops, we reached out to a number of groups within the community to help support the project, one such group was the 2nd Hagley Rainbows, led by Maxine Wyeth. Maxine was more than happy to help support the #Hats4Preemies campaign, here, she shares why...

“As a Rainbow leader for eight years, part of our ethos is to help local communities and support charities. Last year we raised £300 for the Guide Dogs for the Blind.

When we received vCreate’s email asking for preemie hats for neonatal units, we decided to join the campaign; it was a cause close to my heart as my own daughter was born five weeks premature and wore one of these specially knitted hats during her eight days in hospital, Russells Hall Hospital in Dudley.

Previously I had suffered five miscarriages and two and a half years of unexplained infertility, so when my little miracle daughter was born, I could not thank the nursing staff enough for all the care and support they gave me. At first, my daughter Georgina would not feed and had to have the heel prick test (a test to check for any serious medical conditions) every few hours and it was heart breaking to hear her crying. She also suffered from jaundice so was kept in a "light" incubator for over a week.

Today however, my daughter is a very happy, agile young girl doing exceptionally well at school.

One of my Rainbow mums also recently had a son who was born prematurely and he stayed in the neonatal unit and received excellent care. He is now at home doing well. Our Rainbows loved helping knit preemie hats and listening to stories of how they help little babies in hospital.

The little knitted hats are such a comfort to both baby and mum, as not only do they keep them warm, they make baby look cosy and protected, in what appears to be a very frightening incubator, full of wires and tubes. And of course, having their own preemie hats avoids cross contamination which is crucial when their little immune systems are still developing.”

Thank you to Maxine for sharing her story and for being a part of our #Hats4Preemies campaign alongside the 2nd Hagley Rainbows. PreemiesUK are always looking for supporters to help knit hats, cardigans, blankets for premature babies; if you think you can help, check out their Facebook page.