Melanie from the Buscot Neonatal Team is our latest NICU Superhero! 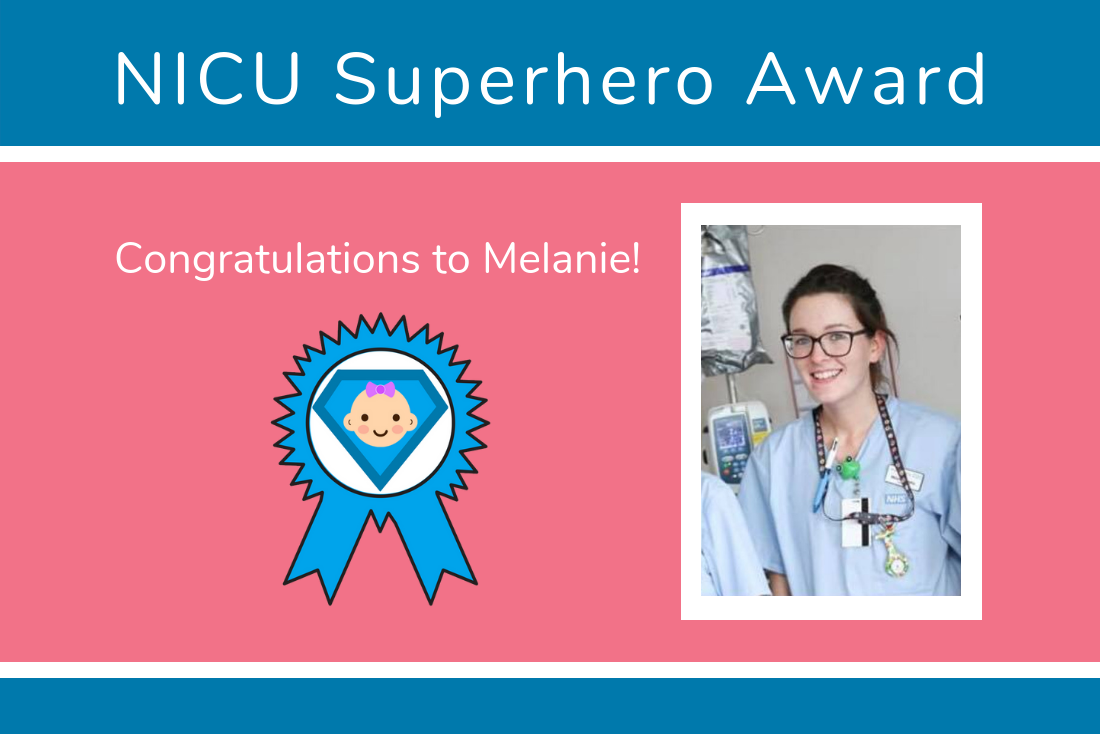 Our NICU Superhero campaign is giving parents the opportunity to say an extra special thank you to members of the neonatal team who cared for their baby. Today we are announcing a second nomination for a member of the Buscot Neonatal Team.

You may remember Katie Marie Belcourt, mum to twins, Tabitha and Phillipa, who were born prematurely at 29 weeks gestation in August 2017, and cared for by staff in the Special Care Baby Unit at the Royal Berkshire Hospital in Reading. Katie nominated three members of the neonatal team for our NICU Superhero award following her time there, and we revealed one of her nominations, Louisa Cantwell, back in August. Today we are revealing Katie’s second nomination... drum roll please...congratulations to Melanie Murphy!

Here’s what Katie had to say about Melanie and why she chose to nominate her:

“Melanie very much became a friend to us throughout our NICU journey. Little things, like drawing flowers on the girls' laundry bags, dressing them in our favourite clothes and putting them in the same cot together for short periods of time made all the difference to us.

During such a stressful journey, it’s sometimes the small things that really make a difference. Thank you to Melanie for caring so well for our girls.”

Congratulations Melanie! Do you know a NICU Superhero? If you would like to give a shout out to someone who you think is extra special, please do get in touch via parents@vcreate.tv, or send us a direct message via our Facebook or Twitter pages. Staff who are nominated for the award will receive a special NICU Superhero rosette, a certificate, and be in with a chance of winning our 'NICU Superhero of the Year' award, which will be announced in March. More details to follow...

Let's spread the word
Help us to find more superheroes, print out this poster and display it in your unit.