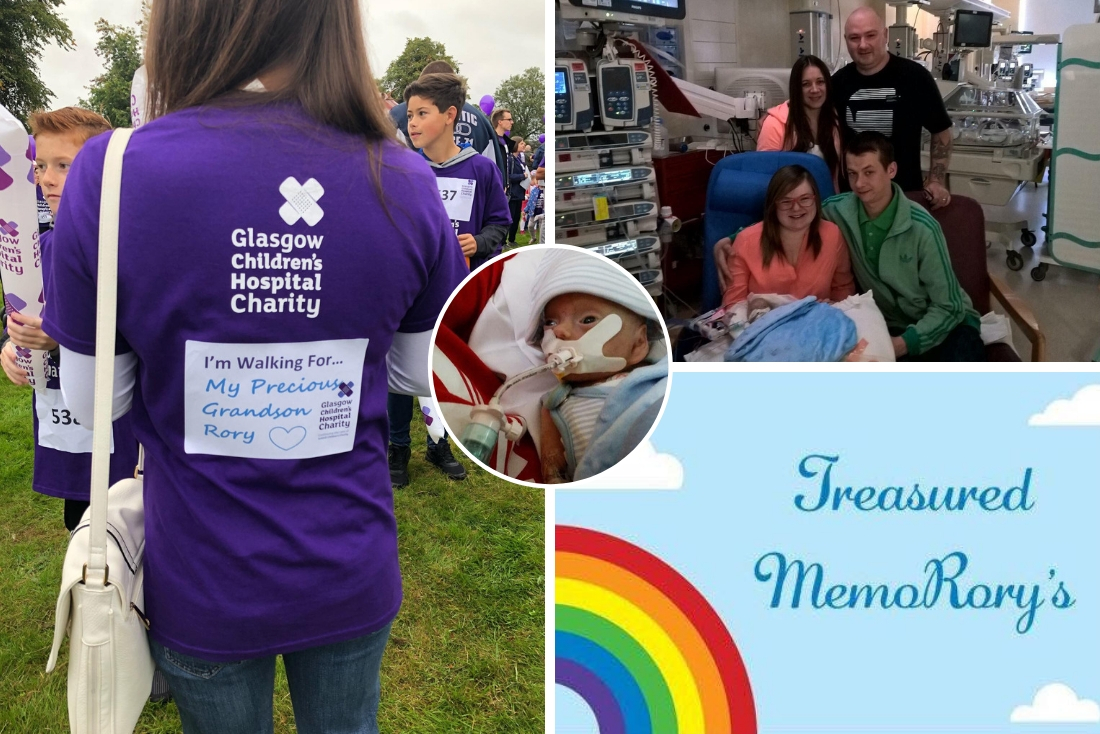 We are delighted to announce that Treasured MemoRory's, our sponsor for the Neonatal Unit at the Royal Hospital for Children in Glasgow, are funding the use of vCreate's Secure Video Diary for a second year!

Stephanie-Jane Taylor is truly an inspiration. In 2016, she and her partner Scott suffered the devastating loss of their son, Rory, following his premature birth at 27 weeks. Born weighing only 1 lbs 9oz, Rory fought hard but was just too poorly and sadly lost his battle after four weeks.

Incredibly, Stephanie turned her grief into something positive, founding a charity in Rory’s name, Treasured MemoRory’s. She wanted to support the Neonatal Unit at RHC, Glasgow, by fundraising for the Glasgow Children's Hospital Charity, as a thank you for caring for her little boy. They very kindly introduced Stephanie to us, and Treasured MemoRory's began sponsoring vCreate's Secure Video Diary on the unit last year, helping to support parents with babies in the Neonatal Unit, babies like Rory.

Stephanie began her fundraising through the sale of personalised photo and memento boxes, an idea she first had when looking for a way to display some of Rory's clothes as a keepsake. She then went on to organise a charity golf day, which quickly became an annual event, and you may remember that we reported on the Third Annual Rory Graham Memorial Golf Day which took place earlier this year, raising £2,700! And most recently, Stephanie’s family took part in the Glasgow Children’s Hospital Charity's Sponsored Walk and Fun Day. Rory’s Granny Lizzie, is pictured above at the event.

All these activities, and more, have resulted in Treasured MemoRory’s raising an incredible £16,296.41 to date!

Following the success of Stephanie's fundraising efforts, she told us why she felt continuing to sponsor vCreate's Secure Video Diary was so important:

“To be able to keep funding something that we know means a great deal to many families is great. To be able to receive a photo or a video is such a simple thing and people do it everyday without thought, but to families in the NICU who can’t be with their babies all the time, it’s a huge deal and something so simple can mean so much. To be able to support this in Rory’s name makes it all the more special!

On behalf of myself, my partner Scott and Rory’s Grandparents Andrew and Lizzie, we would like to say a huge thank you to everyone who has helped us to raise such an incredible amount of money in memory of Rory.”

“We are extremely grateful to Stephanie for Treasured MemoRory's continued funding of vCreate in the Neonatal Unit at RHC, Glasgow. It has now been used by over 350 families, with over 2,300 videos being made by unit staff, and we look forward to seeing many other families benefiting from this service in the future, thanks to her.”

Stephanie has informed us that she has already begun fundraising for next year's sponsorship, go Stephanie!
You can read more about her story here.