Congratulations to Ashley from Sunderland Royal Hospital, you are this week's NICU Superhero! 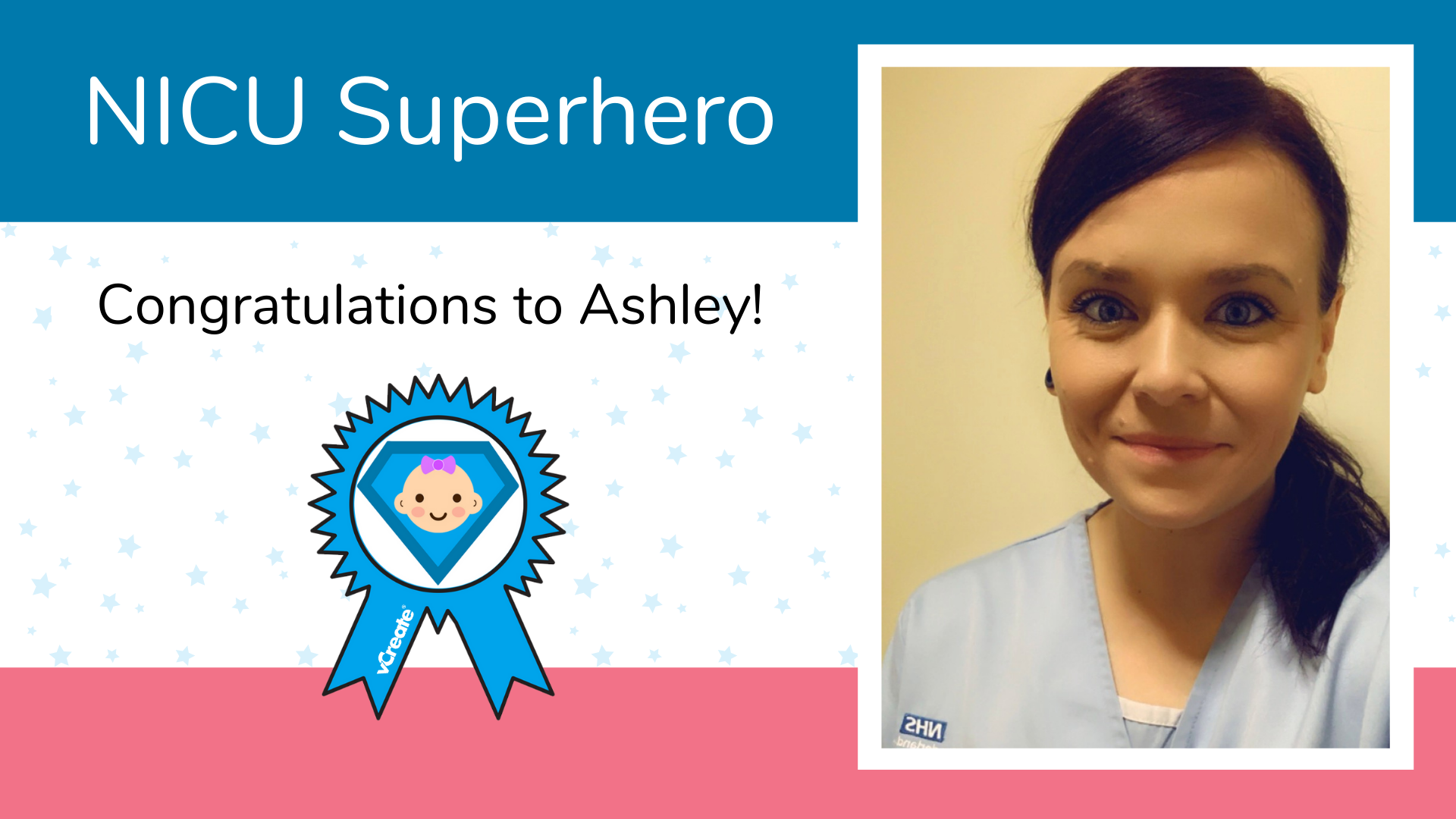 Kathryn has nominated Ashley from Sunderland Royal Hospital to be crowned NICU Superhero this week!

Kathryn's twin girls, Ellie and Abbie, were born 14 weeks premature, weighing just 1lb 14oz and 1lb 6oz respectively. Ellie and Abbie had a tough start and spent 23 weeks and 3 days in various hospitals. During their 14 week stay in Sunderland Royal Hospital neonatal unit, Kathryn was so grateful for the care Ashley provided.

"We first met Ashley about 2 weeks into our NICU journey. She was looking after Ellie who had become very poorly over the day. Not only did Ashley fulfil her role as a neonatal nurse, but she also looked after me and my partner too.

Ashley would regularly upload pictures and videos of our girls which was great. Especially when we couldn't be there due to restricted visiting.

She looked after Ellie and Abbie during some very challenging times and she was extremely professional. Ashley was always there to talk to if we were having a bad day, being positive and supportive.

There was one day I had a particularly bad day and even though Ashley wasn't looking after my girls at that time, she still came to speak to me and take me out of my negative mindset.

I can't thank Ashley enough for what she did for the girls and us as parents."

Congratulations, Ashley! Ellie and Abbie are doing really well at home now and her family will be forever grateful for your wonderful care.

Nominate a NICU Superhero
If you would like to say a big thank you to a member of the neonatal team, keep an eye on our Facebook page for details of when our NICU Superhero Award nominations are open!

Eilidh from Glasgow's Royal Hospital for Children is crowned a PICU Superstar! 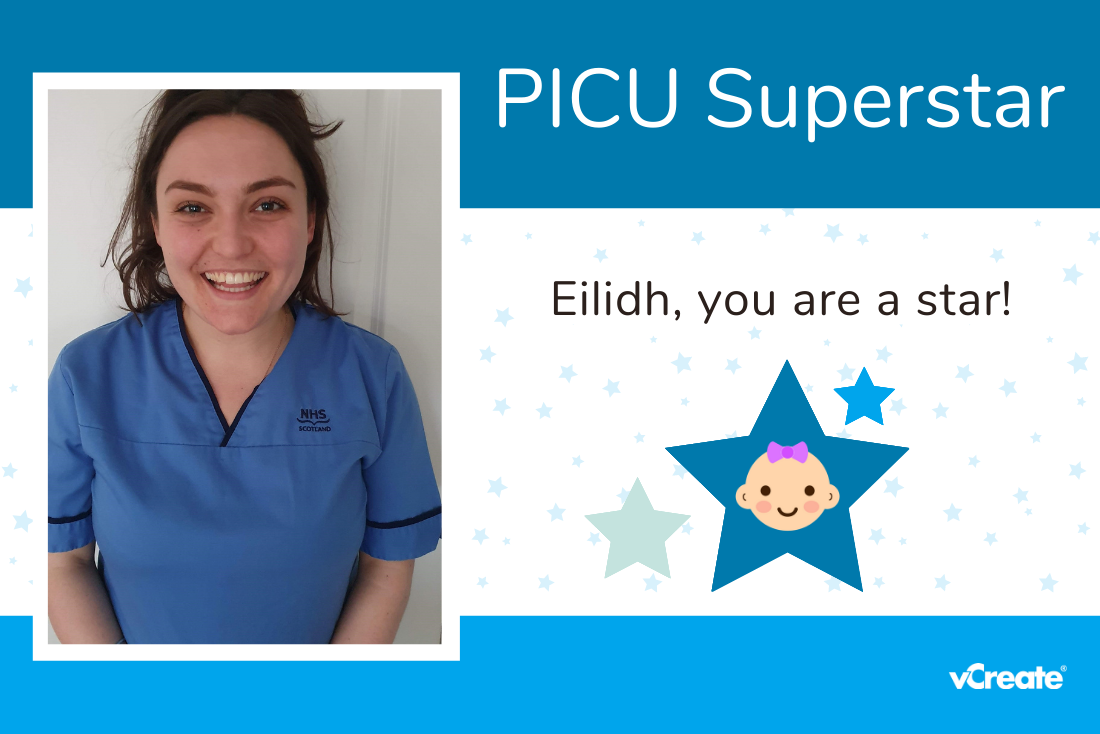 
Our NICU Superhero this week is... Jemima from St George's Hospital in Tooting! 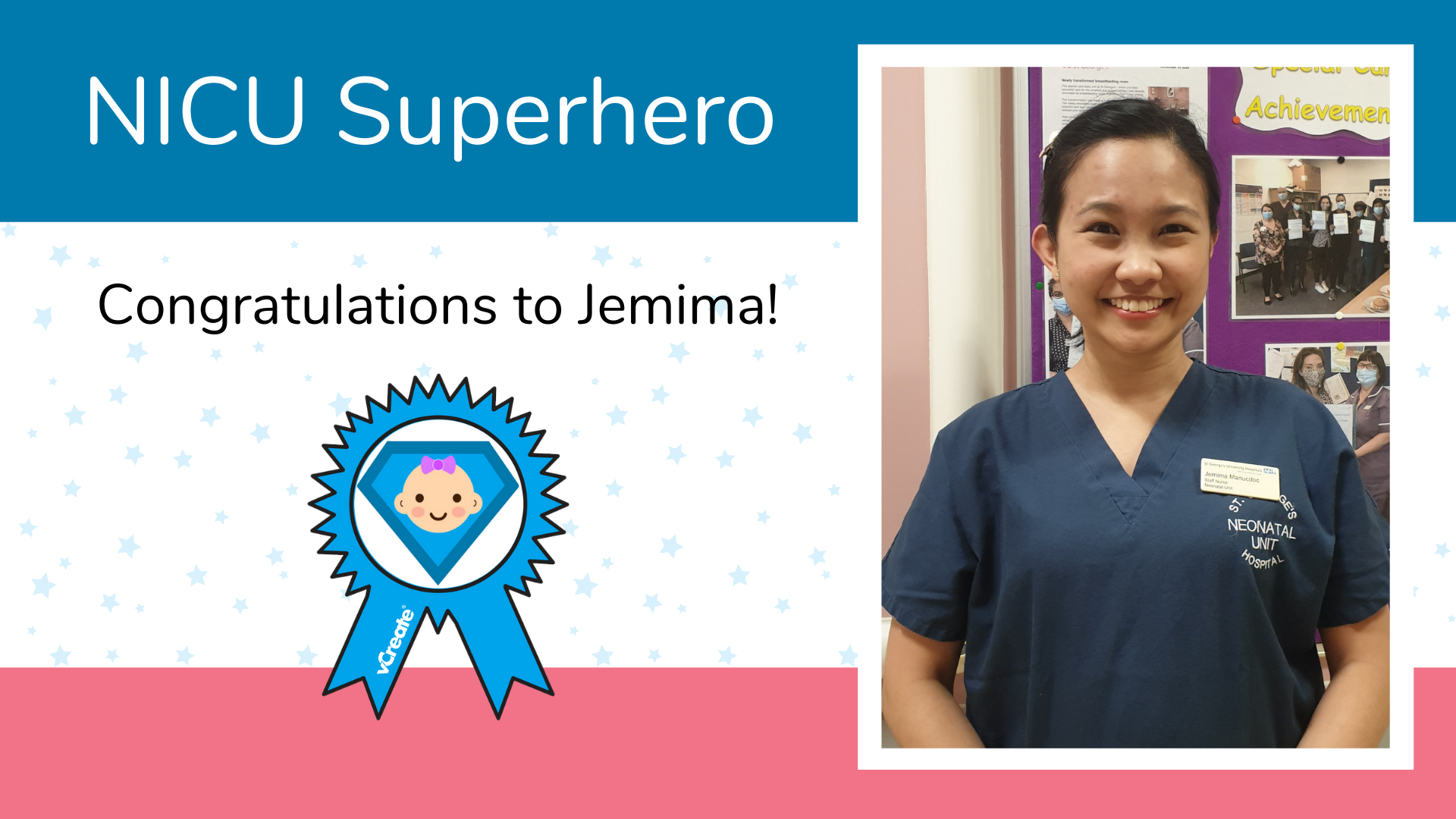 Paige has nominated the lovely Jemima from St George's Hospital in Tooting to be crowned NICU Superhero this week!Paige's son, Harrison, spent 11 weeks in the neonatal unit at St George's after being born at 36 weeks with spina bifida during hydrocephalus. At just 2 days old, he had to undergo spinal surgery. This incredible little boy then went on to have 4 operations at St George's Hospital. During this time, Paige was blown away by Jemima's care for Harrison. 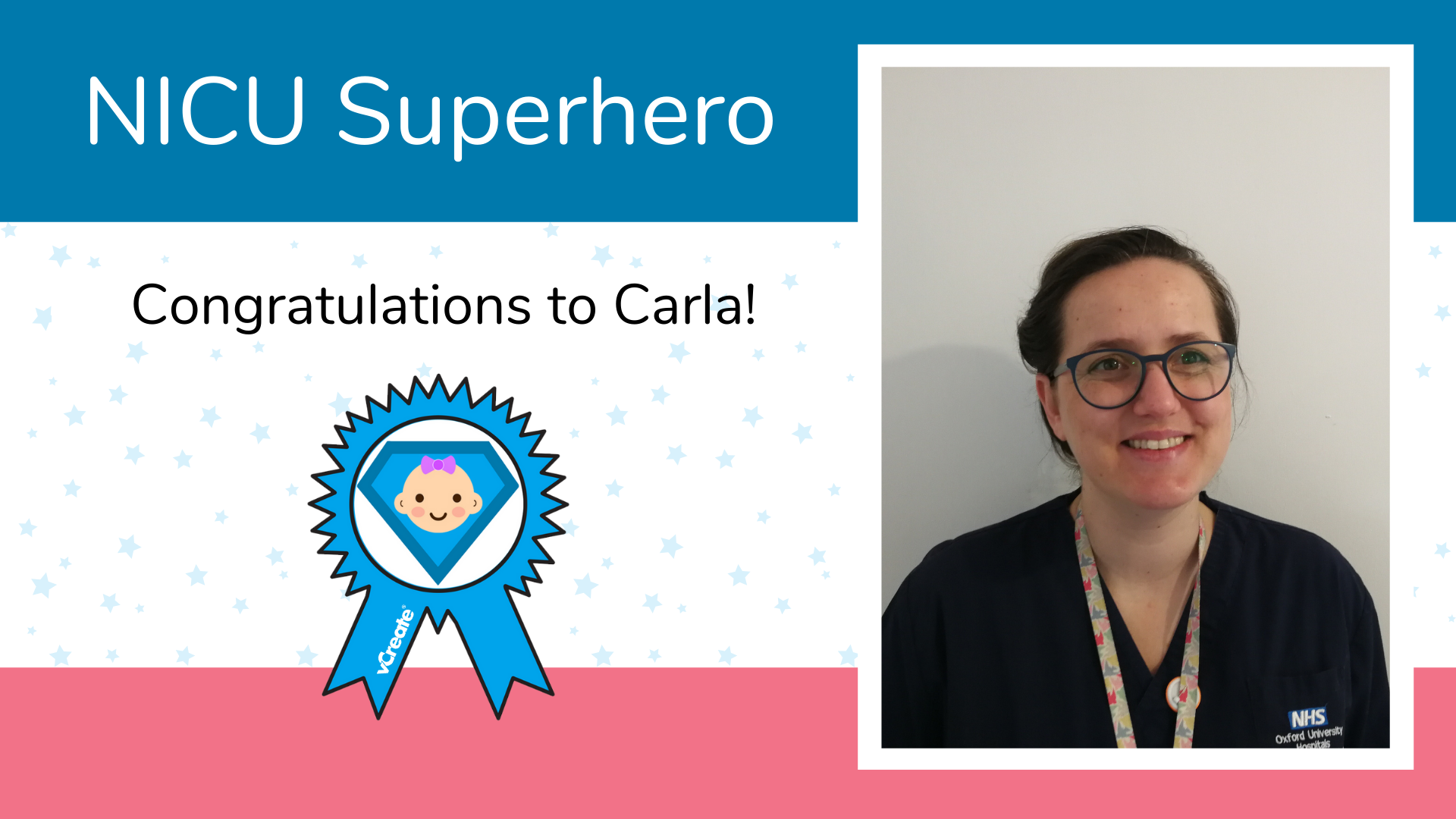 Rekha has nominated the brilliant Carla from John Radcliffe Hospital in Oxford to be crowned NICU Superhero this week!Rekha's son, Aaryan, was born at 26 weeks gestation and spent 100 days in the neonatal unit. While on the unit, the support Rekha's family received from Carla was outstanding.


Jill from Royal Preston Hospital is our NICU Superhero this week! 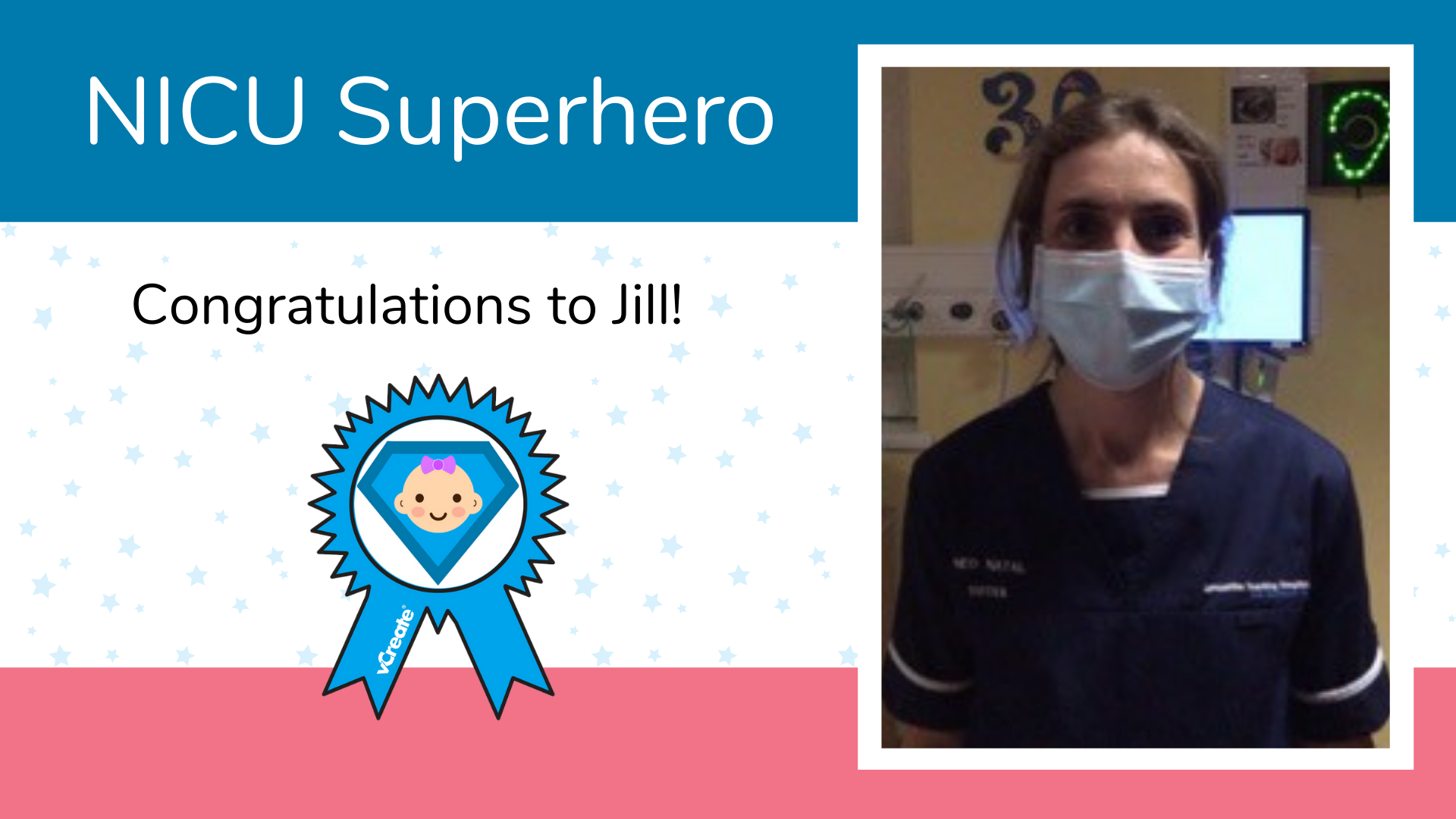 Rachael has nominated the wonderful Jill from the Royal Preston Hospital to be NICU Superhero this week! Jill was there to care for Rachael's daughter, Daisy, from the day she was born. 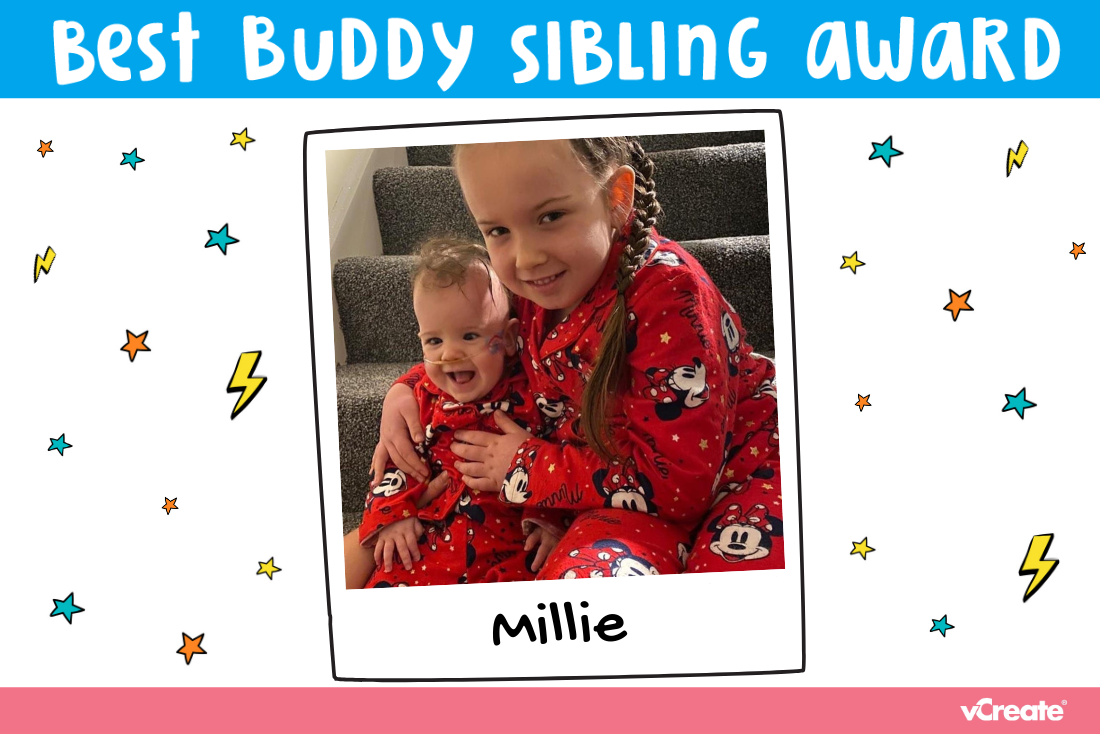 "Thoughtful, creative, kind-hearted, caring, and hilarious." These are words that Roz and Neil have used to describe their remarkable little girl. Roz and Neil are bursting with pride for their daughter, Millie (6). They have nominated her for our Best Buddy Sibling Award because she was such a superstar whilst her sister, Lucy, spent 142 days in the neonatal unit at Glasgow Children's Hospital. 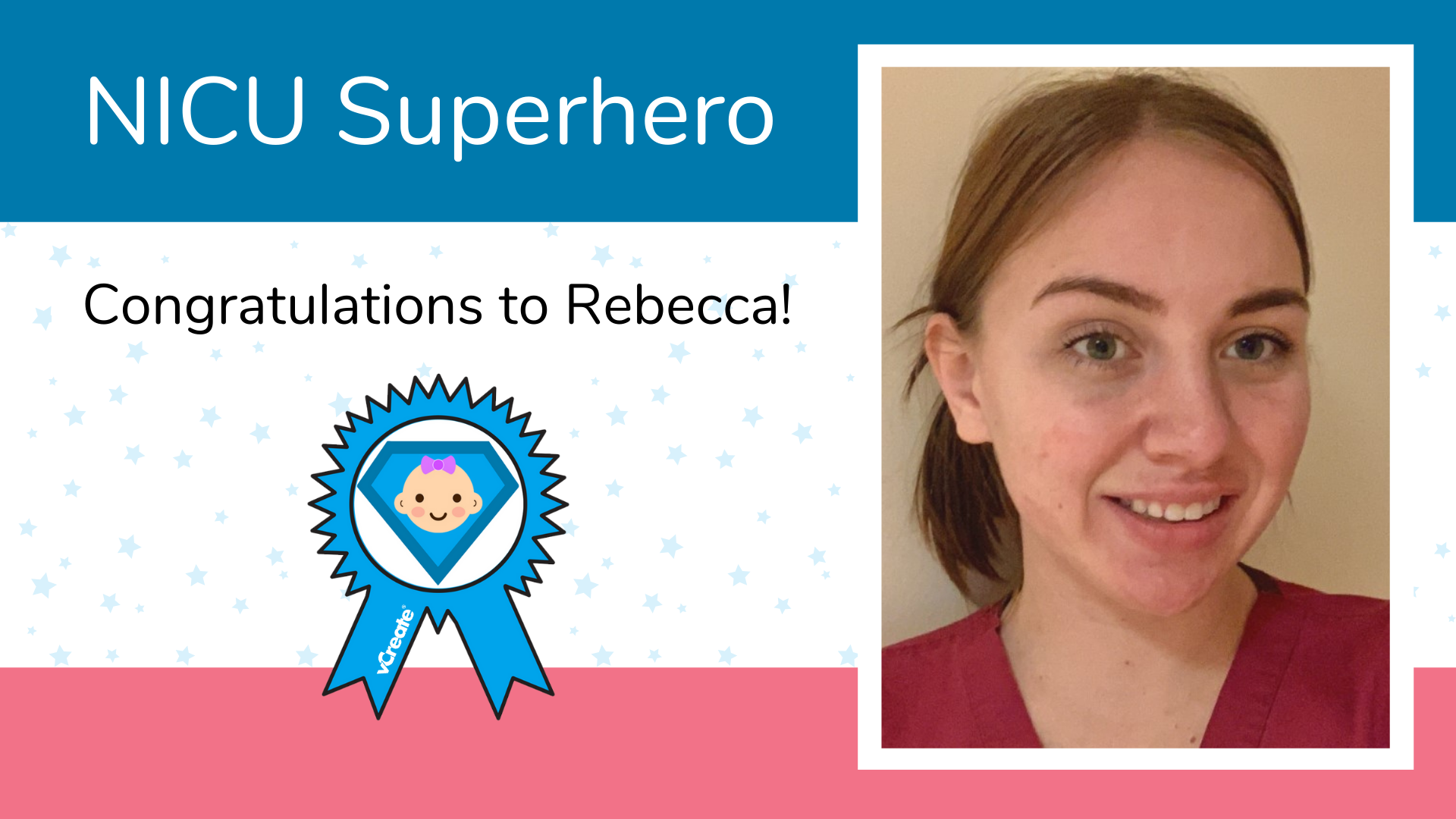 Sarah has nominated Rebecca from William Harvey Hospital to be crowned NICU Superhero this week. She was so impressed with Rebecca's care and dedication when her son, James, spent time in the unit that she wanted to extend a special thank you. 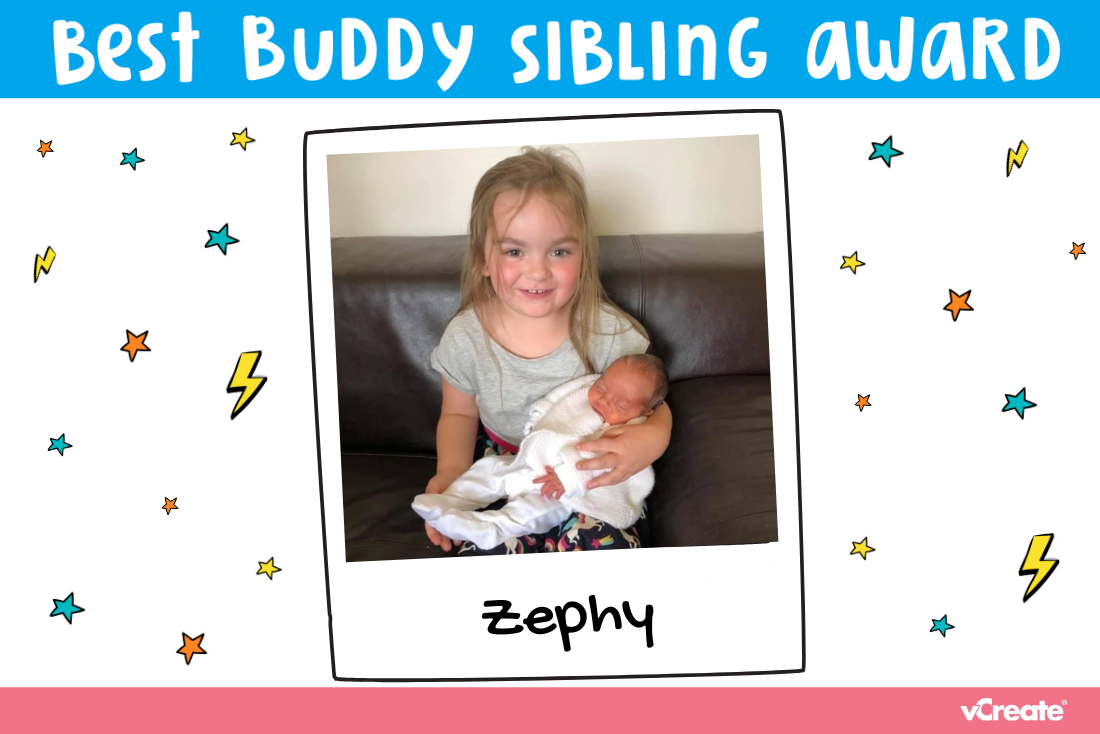 "Strong, amazing, courageous, brave, and a superhero!" These are words that Zephy's Mum, Korinna, has used to describe her little girl. Zephy (4) was so strong when her little brother spent 6 weeks receiving care at Durham University Hospital.

Ivanna from Jessop Wing in Sheffield is Roberta's NICU Superhero! 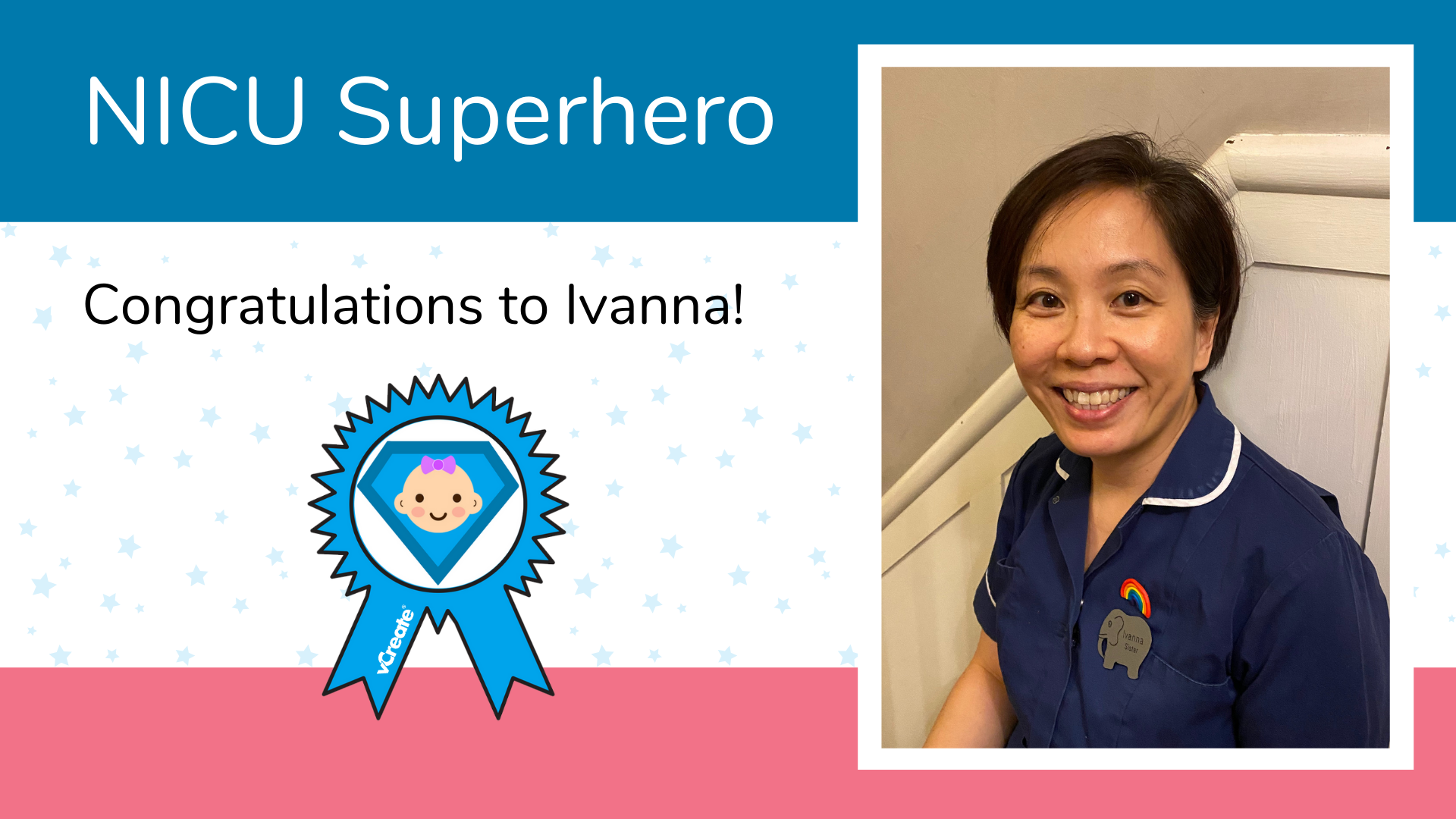 Roberta has nominated Ivanna from Jessop Wing in Sheffield to be our NICU Superhero this week!Roberta's son, Oakley, was born at 26 weeks and 1 day gestation, weighing 1000g. Roberta and Oakley were there for around 8 weeks before being transferred to Grimsby neonatal unit.

World Book Day is here and so is 5-year-old Alina's illustrated audiobook! 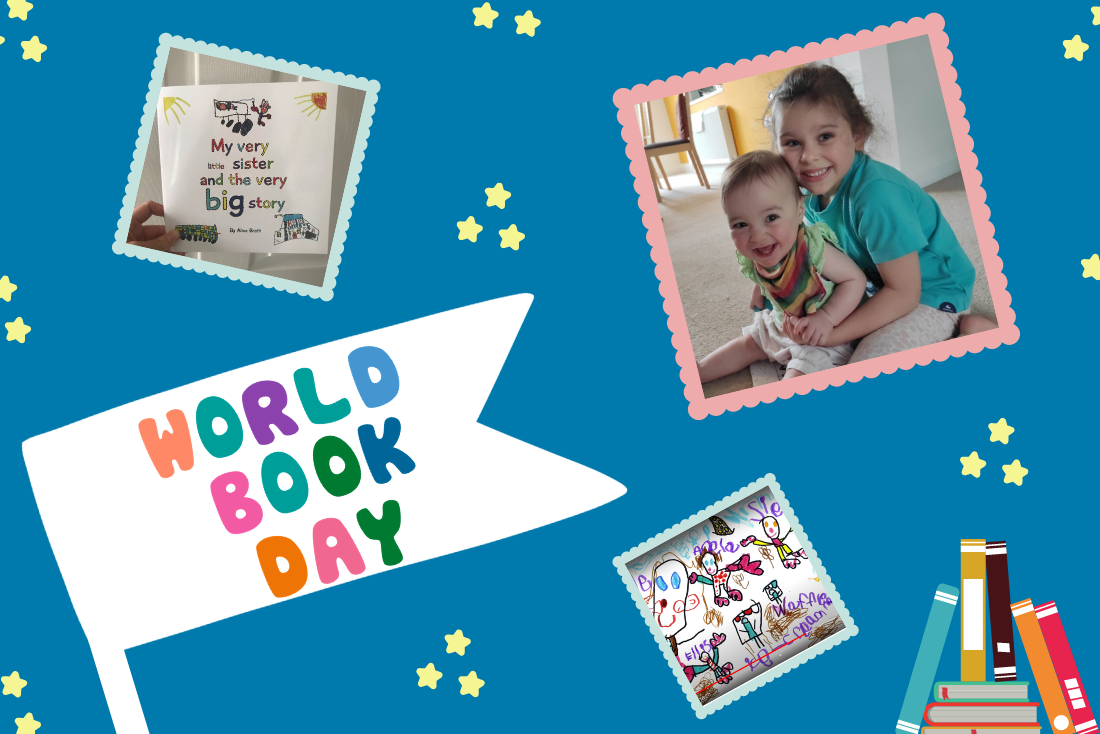 To celebrate this World Book Day 2021, we have turned 5-year-old Alina’s story about her neonatal journey with her younger sister into an illustrated audiobook! This thoughtful, poignant and beautifully illustrated story captures the world of neonatal care through a child’s eyes.

Nicole and Deyana are receiving our Best Buddy Sibling Award this week! 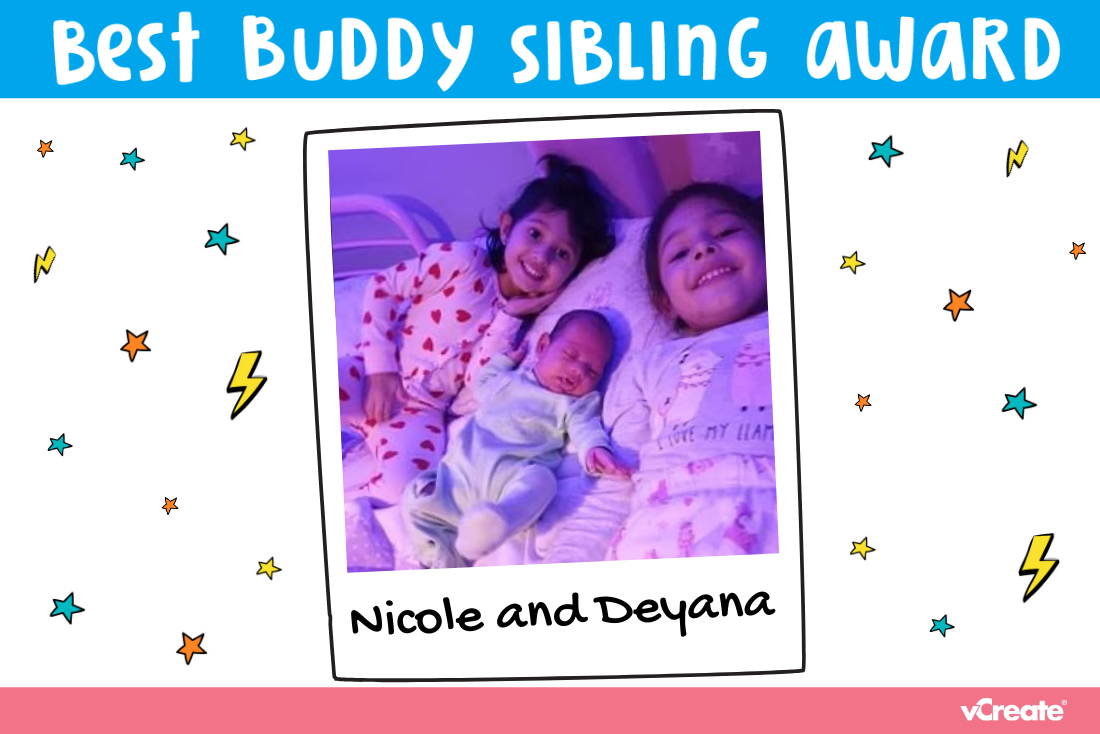 'Funny, clever, unpredictable, happy, and friendly.' These are words that Emil has used to sum up his wonderful daughters.Two lovely sisters, Nicole and Deyana, are receiving our Best Buddy Sibling Award this week.The girls' Dad, Emil, has nominated his daughters for this award because they were amazing during their younger siblings' neonatal stay at The William Harvey Hospital.

Caroline from the William Harvey Hospital is Phoebe's NICU Superhero! 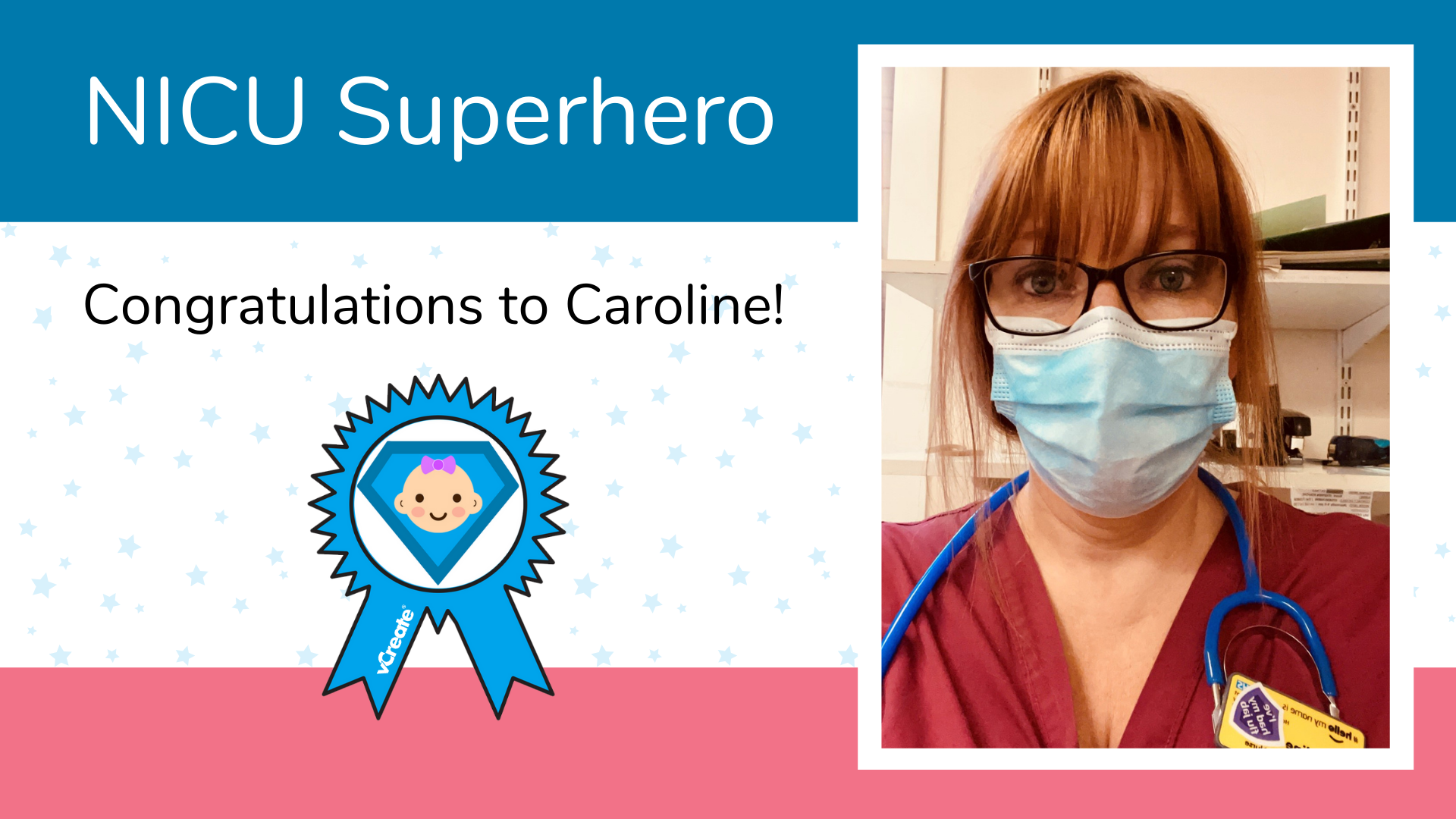 Phoebe has nominated Caroline from The William Harvey Hospital to be NICU Superhero this week! Phoebe and her family wanted to say a huge thank you to Caroline for her support during their rollercoaster journey.

Lovely big sister, Lileigh, is the recipient of our Best Buddy Sibling Award! 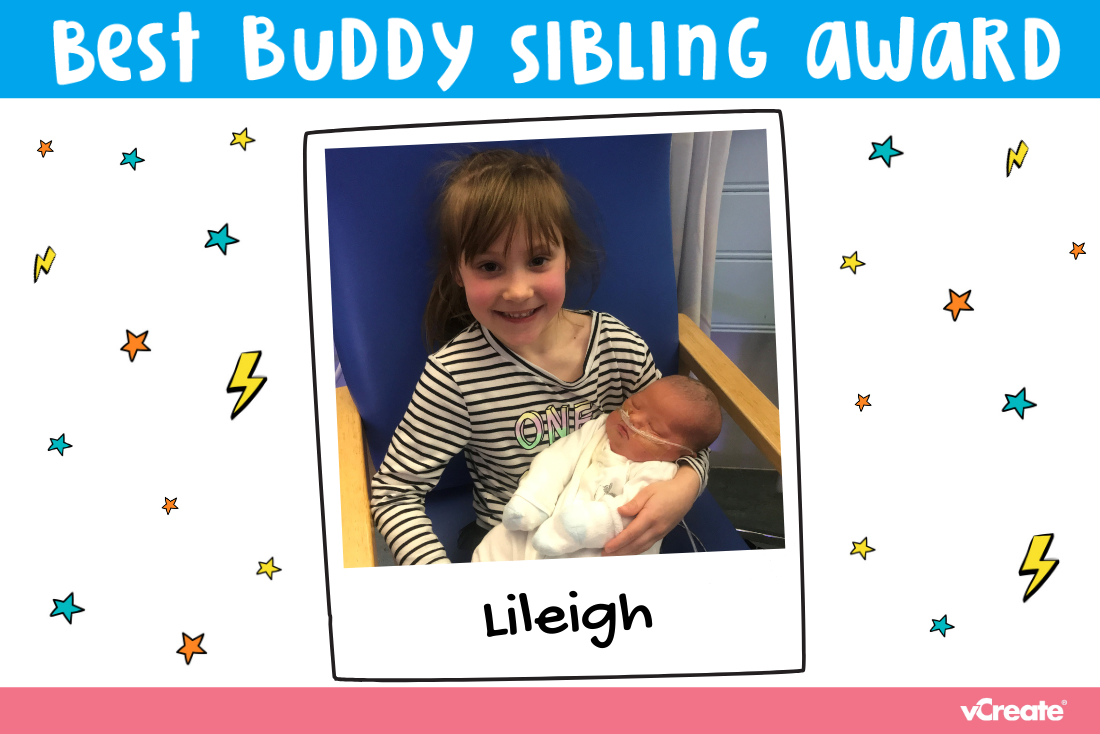 "Superstar, brilliant, patient, understanding, and caring." Lileigh's Mum, Emma, has summed up her brilliant daughter using these words. Lileigh's brother, Bentley (3), spent 2 weeks in the SCBU in Darent Valley Hospital. Lileigh (9) was a superstar during this time and has continued to be a great big sister to Bentley.

Our NICU Superhero this week is Bekki from the Royal Stoke University Hospital! 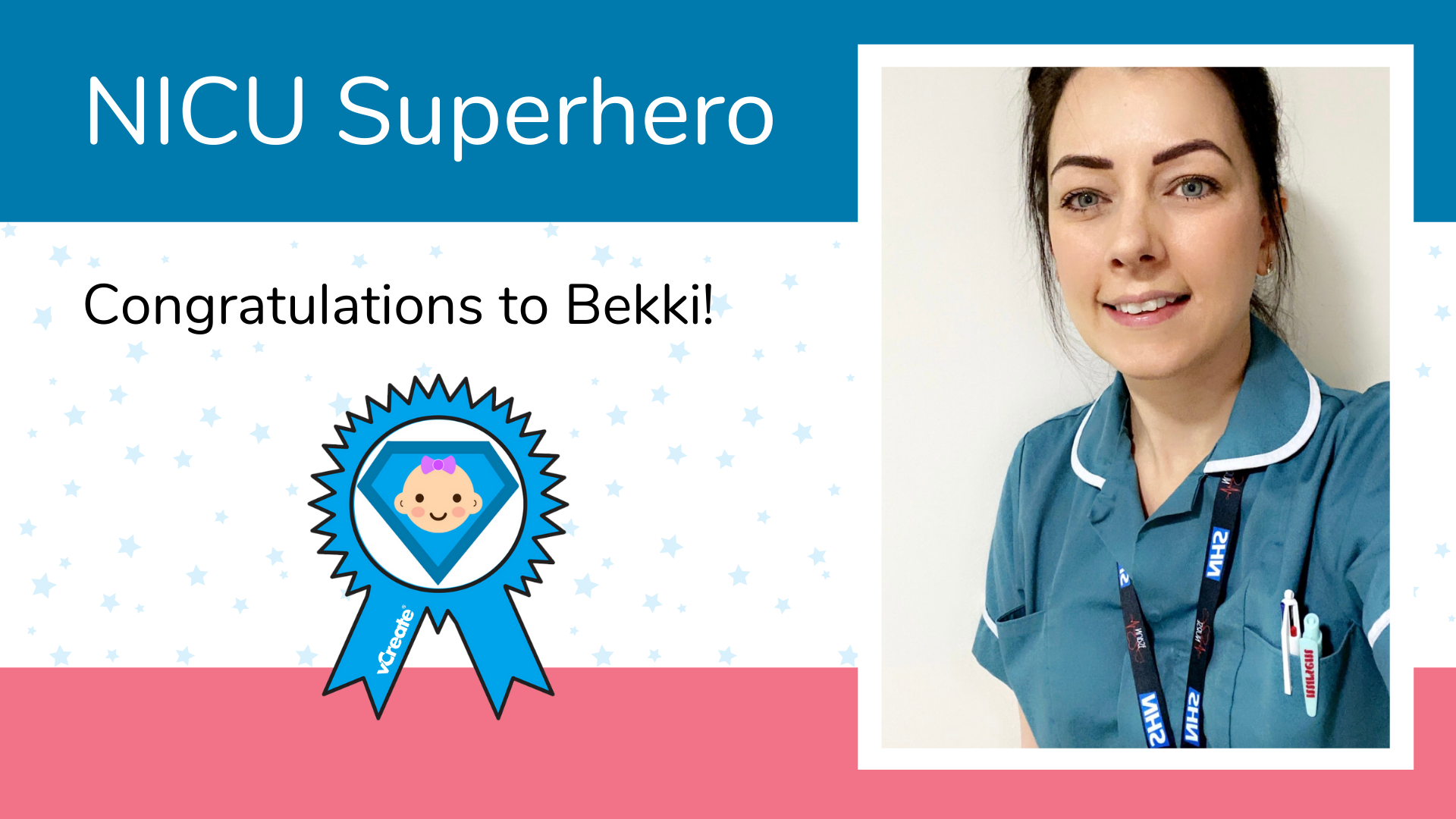 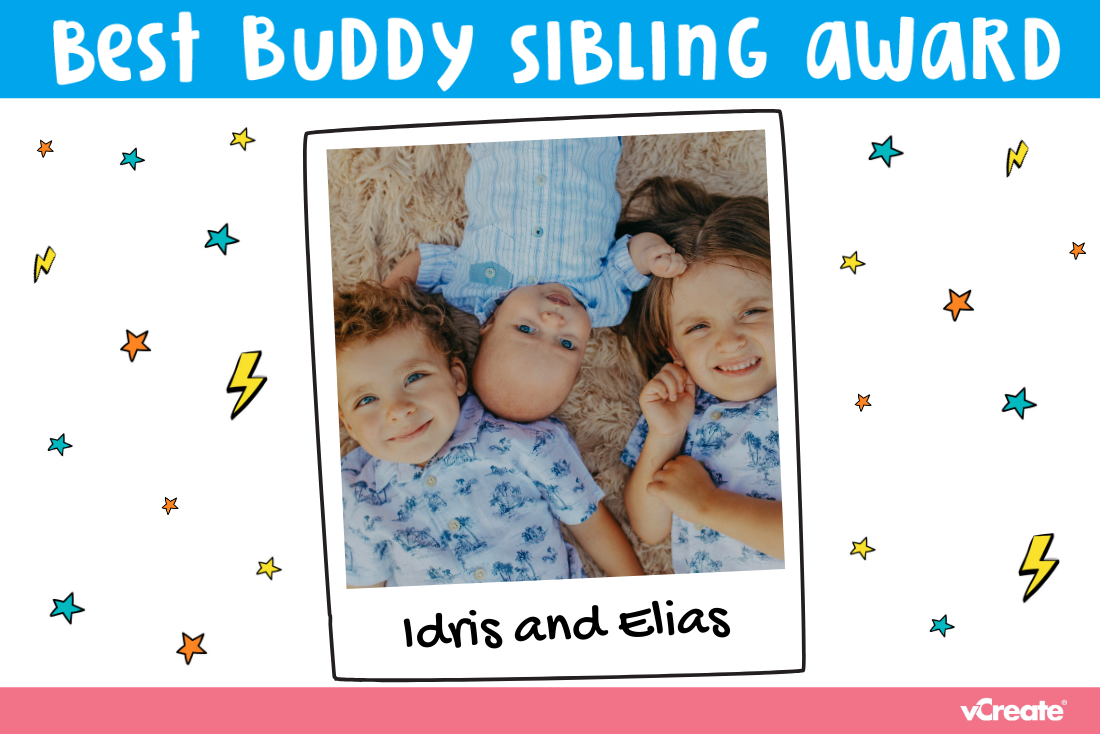 "Caring, loving, protective, attentive and understanding." This is how Egle, Idris and Elias' Mum, sums up her incredible boys.Egle has nominated her sons, Idris and Elias, for our Best Buddy Sibling Award. They were both superstars when their brother, Noah, spent time in the Princess Royal Maternity Hospital in Glasgow.

Abbie from the Royal Victoria Infirmary in Newcastle is crowned NICU Superhero! 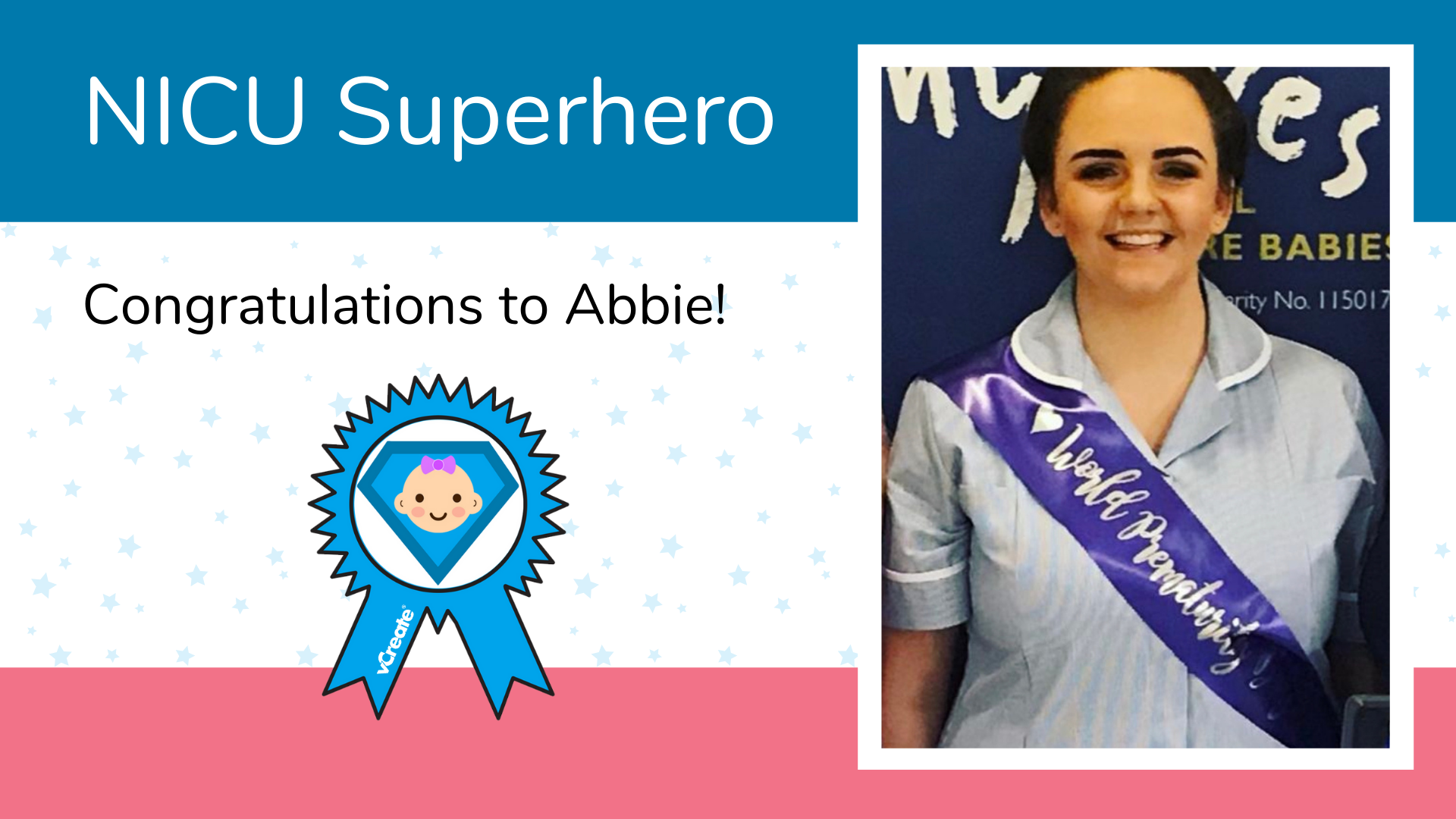 Nicola got in touch with us because she wanted to nominate the wonderful Abbie from the Royal Victoria Infirmary in Newcastle for our NICU Superhero Award.Nicola's son, Theo, spent time in the neonatal unit after being born at 22 weeks and 5 days gestation. Nicola was blown away by Abbie's care so wanted to say a special thank you! 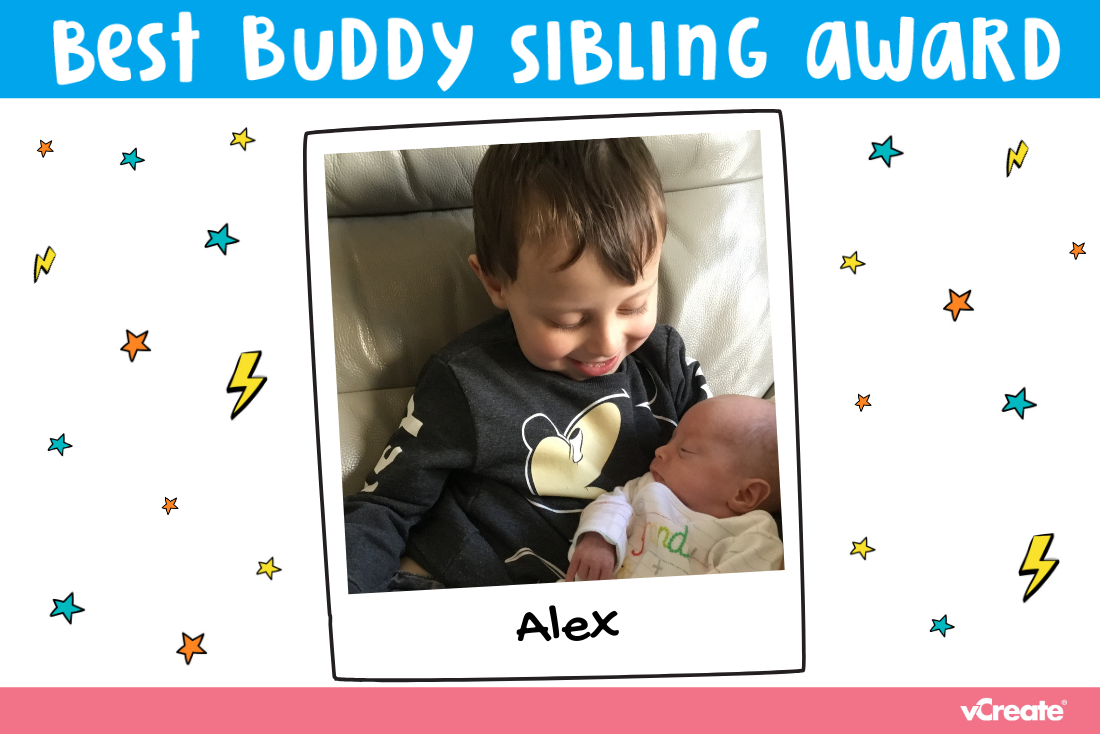 "Caring, funny, thoughtful, happy, and kind." These are words that Laura, Alex's Mum, has used to describe her son.Alex (6) was a real superstar when his brother, Jack, was born 10 weeks early and spent time in Aberdeen Maternity Hospital.

Tracey, from the Royal Alexandra Hospital in Paisley, is Samantha's NICU Superhero! 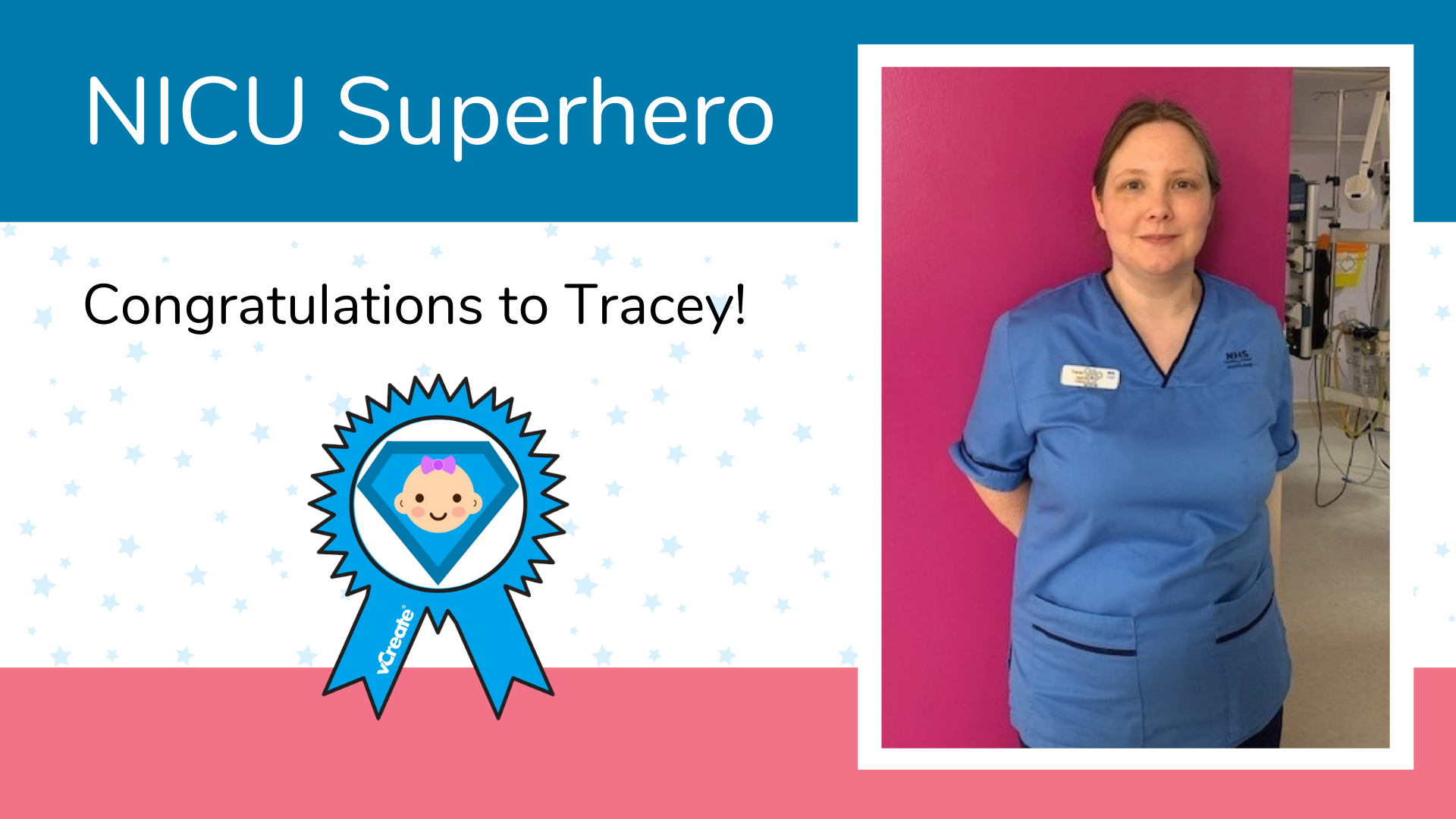 Samantha's little boy, Colby, spent time in the neonatal unit at the Royal Alexandra Hospital in Paisley. During his time there, Tracey provided both Colby and his Mum, Samantha, with amazing care and support.

Big brother, Bobby, is our super sibling this week! 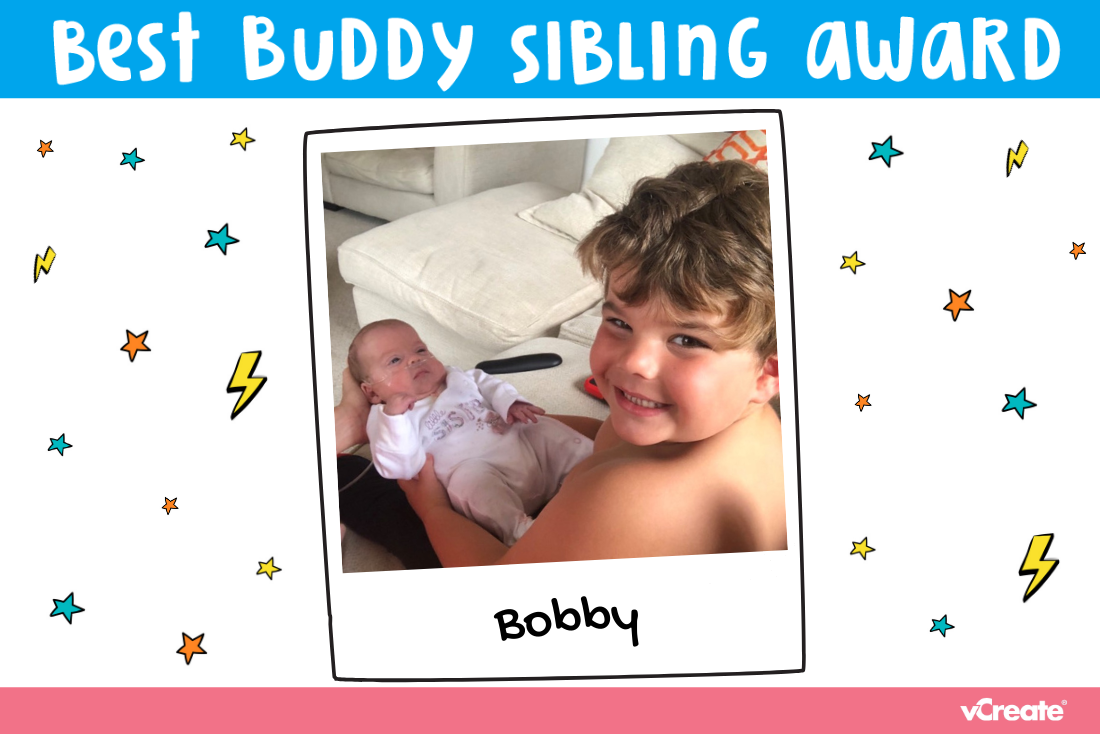 "Caring, loving, understanding, doting, and amazing!" Bobby's Mum, Hannah, is bursting with pride when she talks about her son. That is why he is receiving our Best Buddy Sibling Award this week!

Amna from the Queen Elizabeth University Hospital in Glasgow is our NICU Superhero this week! 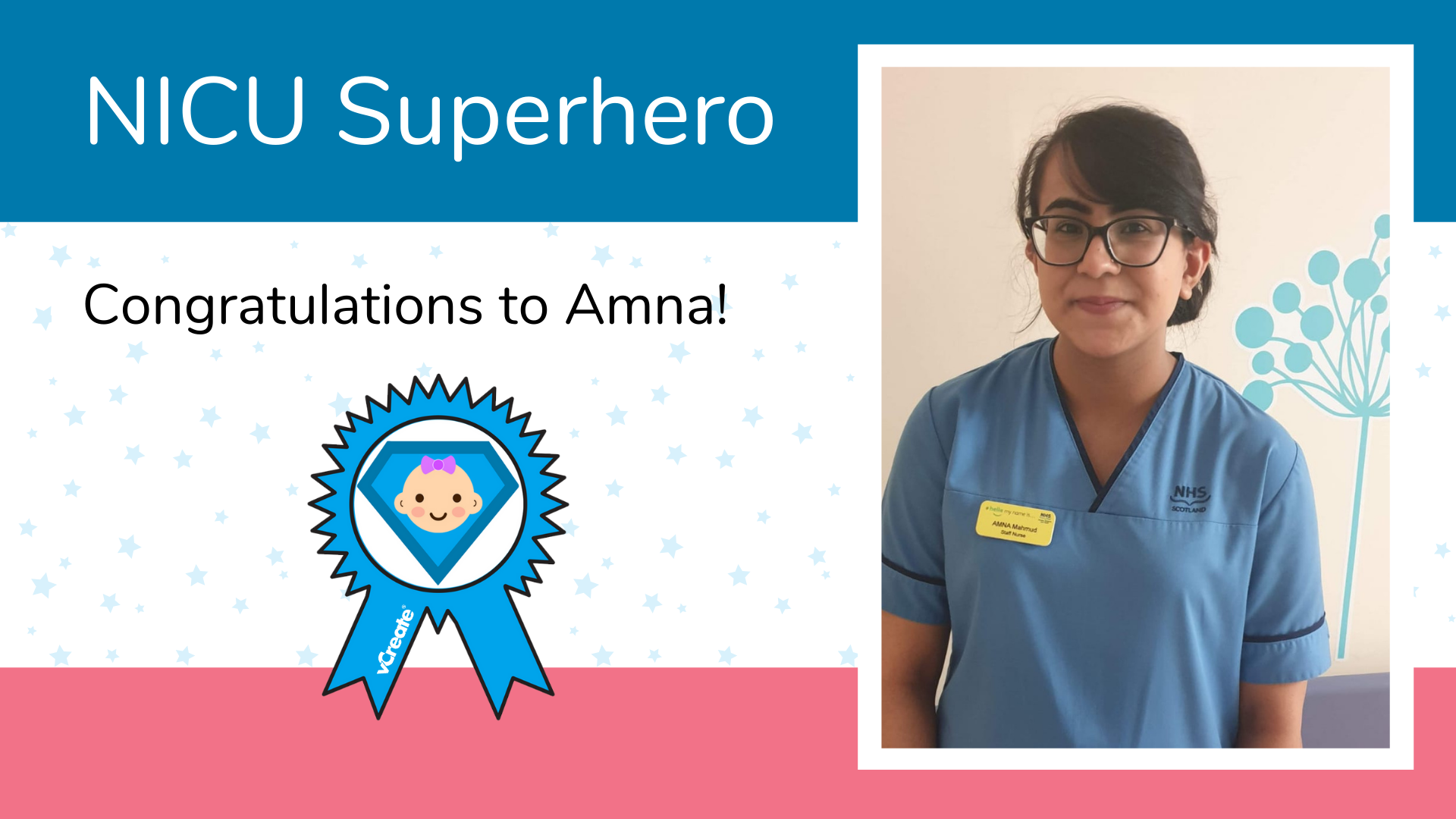 Claire wanted to say a special thank you to Amna from the Queen Elizabeth University Hospital in Glasgow. Amna took such fantastic care of her son, Arthur, when he spent time in the NICU there.