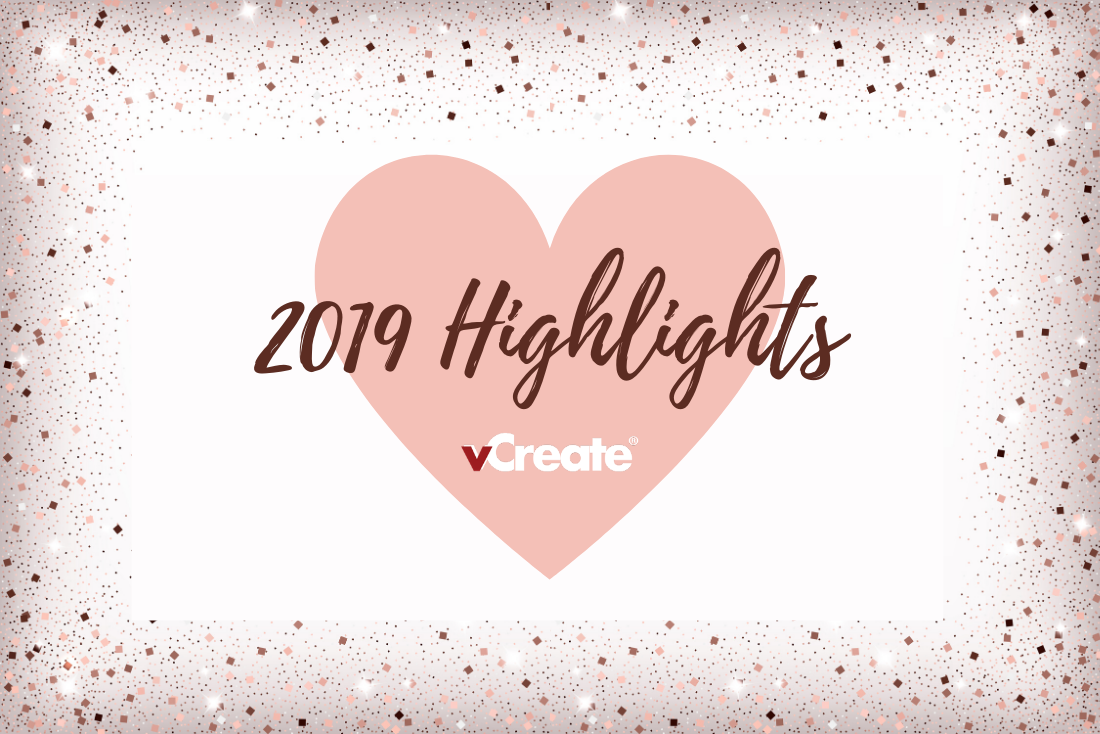 So 2020 is here, Happy New Year! We wanted to take a moment to reflect on some of our highlights from the past 12 months as 2019 was a fantastic year for us, here’s what we got up to during that time:

BBC Breakfast
We were delighted that the use of vCreate in the neonatal unit at Princess Anne Hospital in Southampton was covered by BBC South, BBC Woman’s Hour and BBC Breakfast! The unit have recently celebrated one whole year of vCreate on the NICU, funded by Southampton Hospital Charity, so this was a wonderful way to mark the occasion. Watch the BBC coverage, a glimpse of the three preemie warriors Leo, Eli and Oscar alone will make it worth your while!

Award Winners
In May this year we became the proud winners of the Healthcare Technology of the Year Award at the National Technology Awards! Naturally the award has pride of place on our mantelpiece, and we shared this news story with all the details of our win earlier this year if you'd like to have a read.

NICU Superheroes
We simply love sharing parent nominations for our NICU Superhero Award and this year we have already crowned 33! We share all nominations on our Facebook page so you can scroll through and read who has been nominated by which family, and at the same time see some adorable pictures of the babies who these Superheroes cared for. To nominate your NICU Superhero, find out more here.

One Year in PICU
In November we were Glasgow bound as we made our way to the Paediatric Intensive Care Unit at the Royal Hospital for Children in Glasgow for a party. We were there to celebrate one whole year since they became the first PICU to launch vCreate! We had a fabulous time meeting with some of the children on the unit, read more here.

Advent Calendar
This year we counted down the days to Christmas with our very own vCreate Video Advent Calendar. We asked parents to share their favourite snaps of their babies and children with us, and to share a few words about the journeys they had been on. The result was an advent calendar of little miracles, you can view all the videos on Facebook and Instagram.

Raising Awareness
With the support of parents who shared their experiences, we joined campaigns to help raise awareness of a number of important issues: NICU Awareness Month in September, Prematurity Awareness Month in November and the first ever Neonatal Mental Health Awareness Week in April, launched by the charity Leo's Neonatal. You can view all the parent stories, photos and shared words of wisdom from parents who have experienced life in the NICU, premature birth and felt an impact on their mental health and wellbeing following their time in the neonatal unit, on our social pages.

Poster Presentation
As previously mentioned, the PICU at RHC Glasgow have been using vCreate to help keep families connected through video and photo updates for just over a year now. We were thrilled when Senior Staff Nurse Lesley Fisher and her team submitted a poster presentation entitled, "Improving family communication in the PICU: the use of 'vCreate' secure cloud-based technology to share videos and images with carers," at the Paediatric Intensive Care Society Conference in November. It was especially heartening to read the Conclusions:

"vCreate is feasible and greatly valued. Recorded benefits include improved relationships between staff and carers; reassurance, trust and reduced carer anxiety, and an increased feeling of continuous personal involvement in patient care."

Thank you for including us in your presentations.

First Hospice Launched
We were over the moon to see vCreate launch in the first hospice in the UK, Zoë’s Place Baby Hospice in Middlesbrough. The neonatal charity Leo's are sponsoring vCreate in four neonatal units in the North East of England (see below) and wanted to bring the system to families using the hospice. We attended the launch in early December and met with families there and saw firsthand the difference that the system will make.

FICare Webinar
In September we held our first "FICare Hot Seat" a webinar on the topic of Family Integrated Care in the neonatal unit. The session was lead by our guest Nicole Bauwens, Nurse Manager at the Neonatal Intensive Care Unit at Aberdeen Maternity Hospital. It was a really interesting and informative session and if you missed it you can watch it here.

More Units Launched!
It has been an exciting year launch wise as we went live in 24 units, including Leeds, Wales and four units in the North East alone to name but a few. You can see news about our launches on our social pages, media page and sponsors page. We've also had a number of units launch over the Christmas period and we'll update you further on those launches soon!

We've made a video of our highlights and you can watch it here.